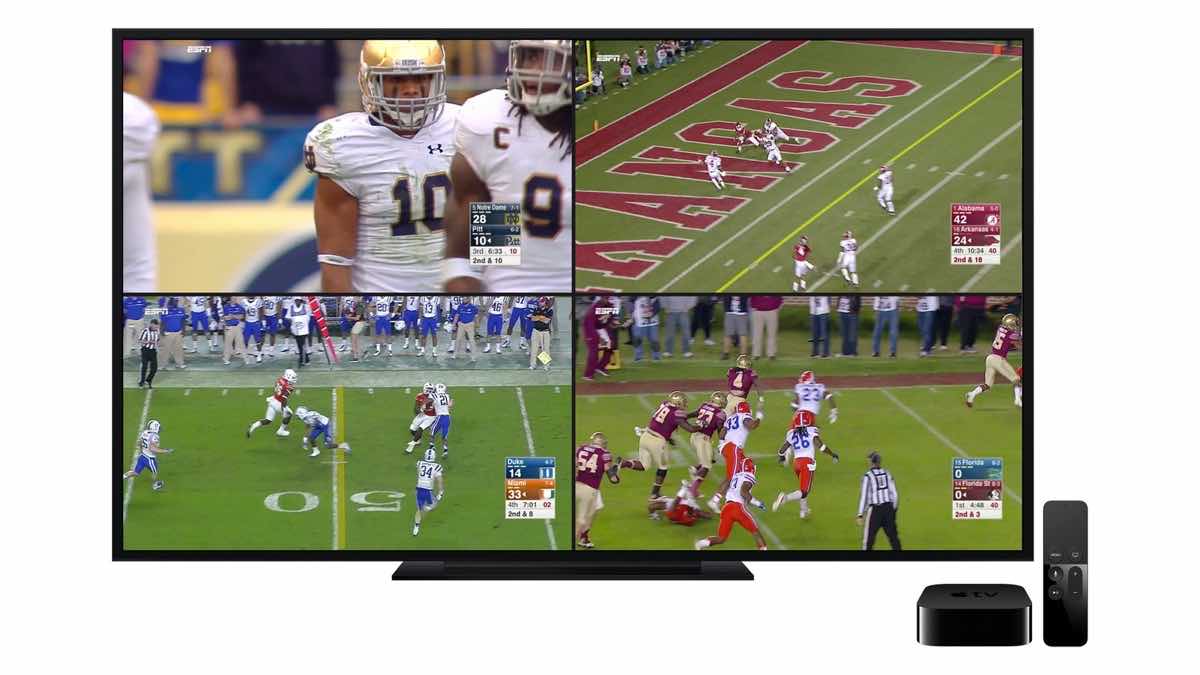 Mental panic attacks are the scarier version for me because they seem to come from nowhere. Often, my mind starts buzzing and filling up, even resembling the ESPN app multicast feature. Multiple streams are playing simultaneously, but only one has audio.

Even though I described them as being like an ESPN multicast in the introduction, it is not always this case for me. The first mental panic attack I experienced occurred while out on a walk with no headphones. I had been walking on a regular basis throughout the summer and fall last year, and one morning at the end of October, I was having trouble with my AirPods, so I just went walking without anything to listen to. As I neared the one mile point, I started to think that I needed to talk with my psychiatrist because my medications were not working out well. I am still not sure where my mind went, but I had the distinct thought, “I am not ok.” I decided to turn around and get straight home, even though I had planned for my walk to be longer.

Even later that morning, I could not remember the content of what was playing in my mind. I got to the point where the voices were shouting, and I felt completely overwhelmed. I wished that I had brought my headphones so that I would not be alone with my thoughts. I began to sing church hymns to myself as I walked, and one verse in particular stuck with me:

When dark clouds of trouble hang o’er us
And threaten our peace to destroy,
There is hope smiling brightly before us,
And we know that deliv’rance is nigh.
We doubt not the Lord nor his goodness.
We’ve proved him in days that are past.

We Thank Thee, O God, for a Prophet

I sang that over and over to myself until I got home and immediately crawled back in bed. My wife asked if I was ok, and my response was, “Not really.” She then asked if I could tell her about it, to which I replied, “Not yet.” She gave me a couple minutes and then told me she was scared and asked if I had gotten hurt or if I was having suicidal thoughts. I told her “No” and she just curled up to me and held me so I could fall asleep. A few hours later, she came back down and asked if I would let her in, and I was able to tell her about what had happened.

One of my next mental panic attacks happened a couple months ago. I got up early one morning, and was getting ready to go to the temple. I could not find the right clothes, and started to get stressed and sat down in our closet. This is from my journal that day:

After a couple minutes, I reached up and grabbed my robe, turned out the light, and used it as a pillow to lay down for a bit. As I was laying there, I found that my mind started going like crazy. I had a few different trains of thought going loudly at the same time, and started picturing them like the ESPN app with multiple games at once. I started with two going on, and progressed to four happening all simultaneously. In the app, you can choose which one has audio at any time, but you can watch them all at once. That’s exactly how it felt. Then I heard some of the kids get up, and felt the stress that inevitably comes from them starting to get after each other. Luckily, I feel asleep.

There are some similarities for me between physical and mental panic attacks. In both cases, I get to a point where I am overwhelmed by the sensations and cannot continue normally. They both exhaust me to the point where I need some recovery. They are both terrifying because I lose control of part of my body. And fortunately, the frequency of both is decreasing as I learn to manage my OCD more effectively.

I prefer to watch a single game at a time, whether in the ESPN app, or among the thought trains of my mind. That is not always my reality, and I am learning to not be so afraid when things do not go as I expect or intend. Moving forward, I may continue to experience mental panic attacks, but my goal is to step into them instead of recoiling and assuming the fetal position. Much of life is hard and scary, including my own mind at times. I am beginning to accept that.