Dealing with OCD is similar to how I imagine the Master’s experience in Dr. Who. The sound of drums is always present, although they may be soft at times and deafening at others.

In many ways, obsessive-compulsive disorder is the root of all of my mental illness, and is a topic that I expect to revisit many times. When I wrote my coming out story, I identified myself as someone with OCD. This does not define me, but it is also an integral part of who I am. I have mentioned previously that I am undergoing treatment at the OCD & Anxiety Treatment Center, which has been a fantastic experience. I wanted to capture some of my thoughts around my OCD near the beginning of my treatment, as I am sure that my perspective will change over time.

A recent example serves as a good illustration of how I view my OCD, and the effect it has on me. A couple months ago, I wrote “Splurging on Patagonia gear”, in which I described my experience revamping my wardrobe. Part of the impetus of that change was considering traveling and wanting to be able to travel even lighter. I took a trip with my brother down to Mexico, and packed everything in a 21L backpack from Minaal, which I loved. But while I was there, I wished at times to have a larger bag to just throw things in as I changed rooms, or to transport without packing everything carefully. I found a bag online that looked like the ideal fit for me: the Patagonia Lightweight Black Hole® Duffel 30L. 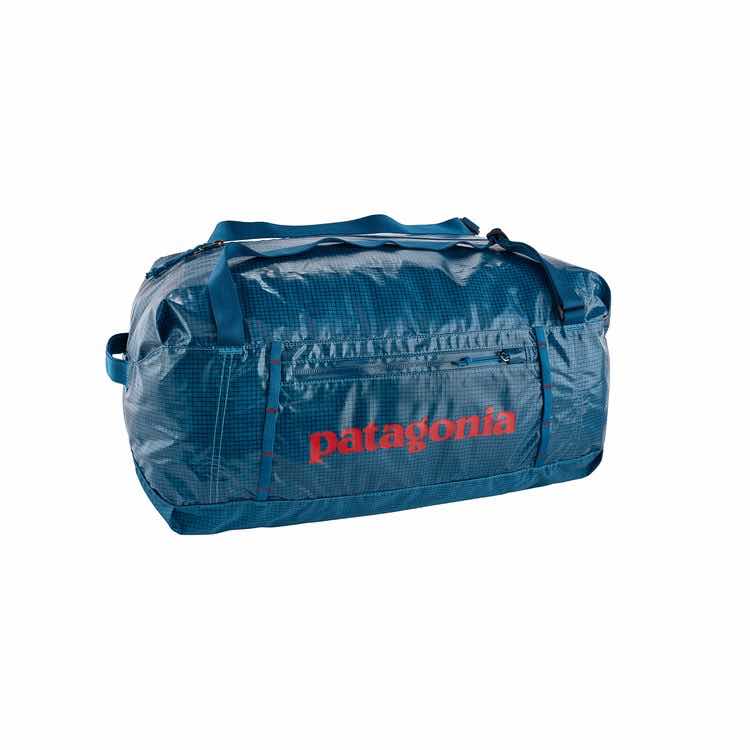 I have a real weakness for bags in general, and especially bags that can become small and pack in on themselves. This seemed perfect because it could be extremely small, even to where I thought I could fit it in my backpack when it was collapsed.

When I returned from my trip to Mexico, this bag started to dominate my thoughts. I had already considered it for hours, finding the right bag online and looking at the specs and watching the product videos. Part of my issue was that I had no travel plans in the near future, so there was not really a reason to get the bag anytime soon. But it would not leave my mind. On some days, I would think about it occasionally, and on other days, I had a hard time thinking of anything else. If my mind was not actively engaged in something, it would slip back to this bag.

Part of the struggle was that I had a plan to buy it. After shopping at REI, I had a members coupon to redeem at a certain date. I decided to use that to buy my bag when the time came. But on the day my coupon became valid, I found that they did not carry the bag I wanted. So for three days or so, I agonized over what to do. Finally, I decided that I had suffered long enough and I wanted relief and I ordered the bag straight from Patagonia. When it arrived, I found that it was actually bigger than I expected, and I am not sure if it will fit in my backpack. But I have already used it a couple of times and feel no buyer’s remorse.

The example with the bag is a little dramatic, and one that lasted much longer than most of my obsessions. My more nuanced diagnosis is Scrupulosity OCD, which feels like a fancy word for perfectionism. In many cases, including mine, scrupulosity includes a religious component, where your mind is convinced that you are offending God through many of your actions.

One of the real challenges with having this diagnosis is that it does not look like media-portrayed OCD. I do not have to flip the lights on and off a certain number of times, or wash my hands constantly throughout the day. (Although, to be honest, if I get something on my hands, I am often paralyzed and hold them suspended in front of me until I can wash so that I do not destroy anything.) What made this hard was that a number of mental health professionals with whom I met told me that I did not have OCD. One thing my brain craves is certainty, and so to not even know my diagnosis was excruciating.

In practical terms, my OCD most often manifests with my family. I spent my whole childhood anticipating two things: serving a religious service mission for my church, The Church of Jesus Christ of Latter-day Saints, and becoming a father. I read books and articles and prepared constantly. When I became a father, I found it was very different than I had imagined. The biggest difference was that I was not perfect at it. I frequently lost my temper, or failed to live up to some unrealistic ideal I had created for myself. And as a result, I would constantly punish myself emotionally. One time when we had three children, ages five, three, and two, I wrote in my journal that while I had sired children, I had yet to become a true father.

Over the course of the summer of 2018, my symptoms escalated to the point where I realized that I needed to seek help. This manifested most clearly in interactions with my wife, and sometimes my children. My emotions were very close to the surface, and when I perceived that I was failing, or disappointing them, it would often trigger a physical panic attack. It escalated to the point where I admitted myself to the hospital for a night. It was as if the drums had finally become too loud and too persistent to handle.

Fortunately, through medication and treatment, I am beginning to experience relief from my symptoms. I am learning what it will mean to live with OCD for the rest of my life. There are days when that realization is a crushing blow. But then I remember that I have already been living with it for practically my whole life. Now I will finally have some tools to manage it.

🎉
You subscribed with [email] on [date]. Thanks for joining me!
END_OF_DOCUMENT_TOKEN_TO_BE_REPLACED