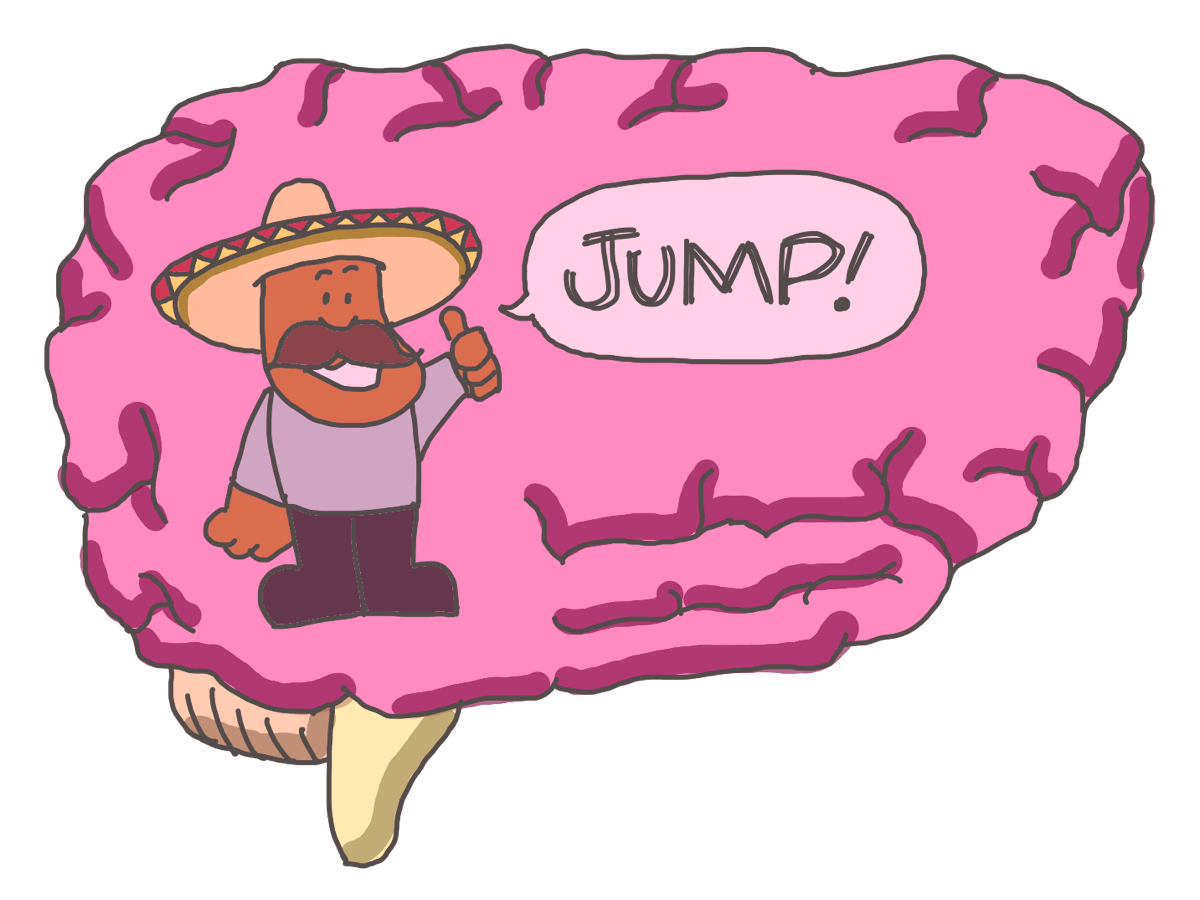 Having intrusive thoughts come in my mind is like having a terrible friend who keeps suggesting that I do ridiculous things. It can be hard at times to know who is speaking, but the more I get to know this friend, the better I can detect his voice.

I have lived with intrusive thoughts for most of my life. As I have learned more about mental illness, and specifically my diagnosis of OCD, I have come to realize that these intrusive thoughts are not normal. While most people will have bizarre thoughts come into their minds, they are usually able to shrug the thoughts off as strange and move on with their lives. For me, the thoughts are more persistent and visceral and often require great effort to resist.

There is a story from my youth that is both funny and sad, as so many things are. I am able to look back on it and laugh, even while I can see and feel the sorrow and pain it represented.

When I was in middle school, I decided that girls would like me more, or would at least give me more sympathy, if I was in a wheelchair. I came to the conclusion that I needed to break both legs for that to happen. I played the tuba in band, and I made plans to put my legs on the arm of the couch and smash the tuba through each of my shins. I remember so clearly thinking that the only hard thing would be doing the second leg after the first. I did not really consider how hard it would to come up with an explanation for the freak accident. I was the oldest child, and I asked my younger siblings what they would do if something happened to me while I was babysitting, and made sure they knew to call an ambulance.

I finally decided that the tuba was not the best option, and that instead I should jump off the roof. I thought and thought about it until I finally decided to act one day. I climbed up on the roof and jumped down to the ground while my younger siblings watched. The problem was, I could not force myself to keep my legs straight. I kept cushioning the impact. So I tried a number of times. I got it in my head that it would work better in the front yard instead of the back, so I moved there. The neighbors saw me and told my parents, and I got in big trouble. Somehow that story spread throughout my extended family, and I still get teased at times when we all get together for jumping off the roof. And I have to admit, it is pretty funny in a way.

Fortunately, my recent examples that involve violence to myself have all stayed at the thought stage. I have been able to resist them. I remember a few weeks ago going for a walk around the track on the upper floor of the local rec center. While I was walking, I had the clear thought come that I should jump over the railing down to the basketball courts below.

There was a big difference between my urge to jump as a teenager to get attention in a wheelchair, and my urge to jump off the track. This time, I saw myself jumping off and grabbing on to the back of a basketball hoop, and jumping horizontally between the backboard and the railing and the wall as I made my way down to the floor. It was so clear that I would be able to move just like Spider-Man.

The Hilarious World of Depression is one of my favorite podcasts lately. There was an episode where they asked listeners to describe ways in which they imagined their depression. One woman said that she given a name to her depression: Steve. This makes it much easier to respond to difficult thoughts, “No, Steve! That’s a ridiculous, horrible idea.” 1

While I was on a trip recently with my brother in Mexico, I was telling him about Steve, and that I had been thinking of something similar, but did not have a name yet. He suggested Fernando (make sure to roll and exaggerate the “r” and try for a good Mexican accent), and I laughed out loud. It felt like the perfect name because every time I say it or think it, I chuckle a little.

When my brother suggested the name, we were walking around the San Carlos bay, on the edge of the pier. It was so timely to get a name for my intrusive thoughts. I told him that I knew it was right, because I was using it that very moment. “No, Fernando, I should not push my brother into the water. That is a horrible idea!” He laughed and laughed and was glad that I was resisting that particularly intrusive thought.

One of the challenges of having intrusive thoughts is that they are often reprehensible and cause a powerful reaction. If I am not careful, the way in which I respond to them strengthens the power that they have over my mind. I am learning to be more mindful as they come; notice them, acknowledge them, and then realize that I do not have to feed them. I can just turn away and keep living my life.

🎉
You subscribed with [email] on [date]. Thanks for joining me!
END_OF_DOCUMENT_TOKEN_TO_BE_REPLACED