Switching from playing a game to reading on my phone as the default behavior on the toilet has made a world of difference.

A couple weeks ago, I realized that I was spending way too much time playing a game on my phone. At the beginning of June, I had been introduced to the game and started playing in some of my spare time. As the month went on, I found myself looking for more and more opportunities to play. Every trip to the toilet, I pulled out the game, and I even started going to the bathroom when I didn’t really need to. It was getting out of control.

I was discussing the situation with my wife one evening. She admitted that she had gotten to the point of feeling some despair when I headed into the bathroom, knowing I would be gone for a while. For years, I had implemented a rule of no phone on the toilet. It started as a month-long Valentines Day present to my wife and she liked it so much that I kept it going. During my intensive treatment for OCD, I challenged any rules my brain had for me. That resulted in me slowly pulling my phone out more and more on the toilet until it became a habit again.

I decided that night to delete the game from my phone and immediately change my toilet phone habits. My goal is to keep the rule less rigid, but also influence my behavior for the better. So I committed to only using the Kindle app on my phone while on the toilet. And the effects have been striking. I have found that I spent much less time in the bathroom now. I’ve only read nonfiction so far on the toilet, and it’s been much easier to stop without getting sucked in.

A typical day’s usage of the Kindle app

In addition to spending much less time in the bathroom, the time that I have spent reading feels more productive. I no longer have a vague sense of unease that I am wasting my time addicted to a game. Basically, my family wins because I am with them more, and I win because I feel better about myself. It is surprising how much the few minutes scattered throughout the days add up to. 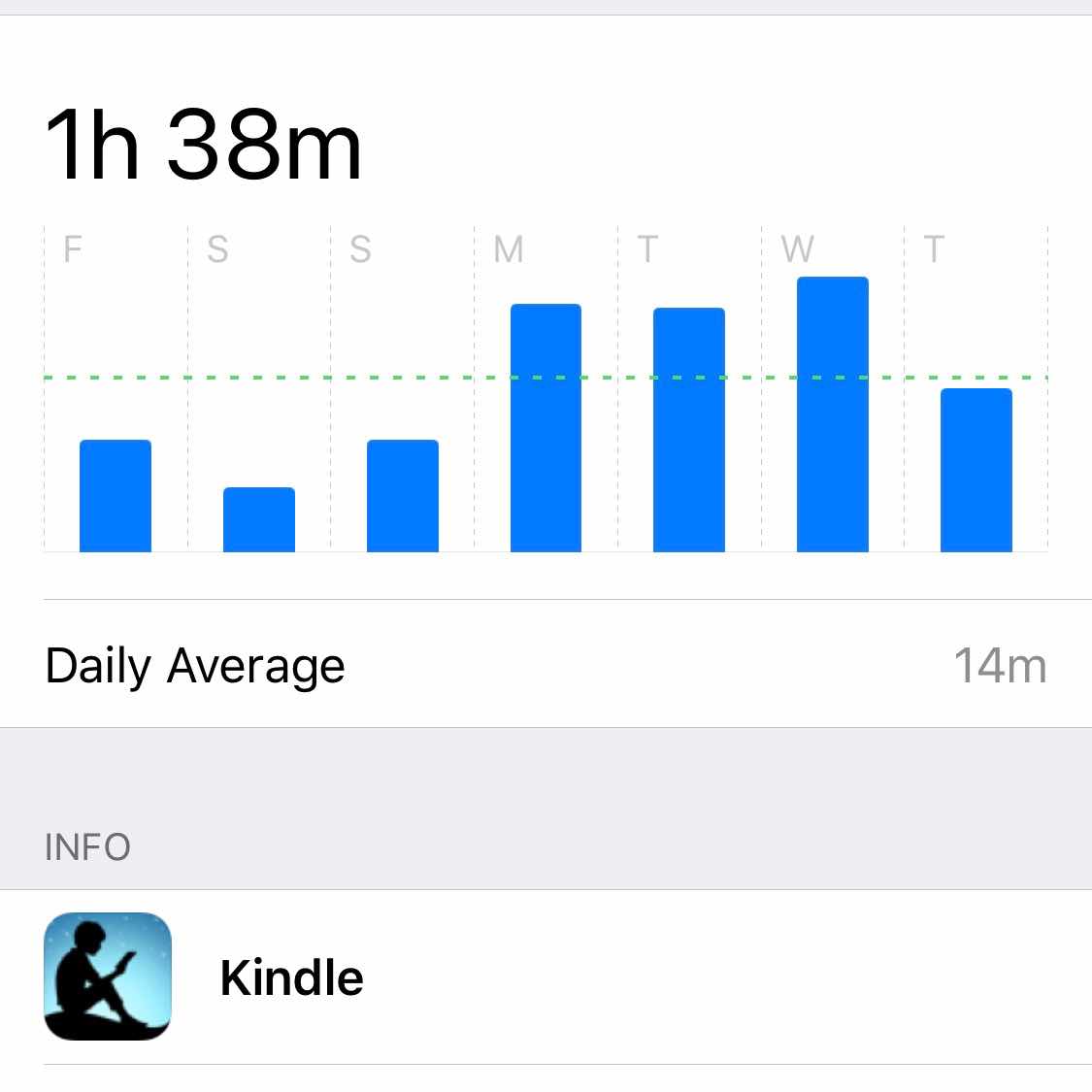 A week’s usage of the Kindle app

Over the course of a couple weeks, I was able to finish the book Digital Minimalism, by Cal Newport, which I had been wanting to read for a while. I am currently reading The Art of Gathering, by Priya Parker.

One of the biggest lessons that I have taken from this is the importance of analyzing my life and reclaiming time that I feel is being frittered away. This is in line with my 2019 goals, which include being intentional. Small amounts of time consistently spent quickly add up to significant investments that can bring joy and fulfillment.

🎉
You subscribed with [email] on [date]. Thanks for joining me!
END_OF_DOCUMENT_TOKEN_TO_BE_REPLACED