Following a difficult week, I share about another dissociative panic attack, the healing that comes through facing uncertainty, and frantic website work.

These weekly updates are proving therapeutic for me during tough times. They are essentially public journal entries where I process my experiences, particularly in the intersection of mental health and the workplace. I hope that in your journey, you are finding helpful ways to process your own struggles.

I mentioned last week that over the weekend, I experienced some minor panic attacks. Things continued to be challenging as this week started, and I had an extra session with my therapist on Monday, which was helpful. She helped me realize that I had been burying some strong emotions for the past few weeks, which is a recipe for disaster. My level of agitation decreased over the hour we were able to chat and process. One of the pieces we discussed was that my wife did not need to feel any pressure to assist me during a panic attack—it is up to me to ask for the help that I need, but the best thing my wife or kids can do for me is to give me space.

Later that afternoon, I started a free-writing exercise to try and work through those emotions. Unsurprisingly, the agitation and anxiety boiled over and the writing turned into frantic scribbling, as it did a few weeks ago. After covering both sides of the page, I washed my hands for nearly ten minutes. Upon leaving the bathroom, I was hearing a musical rhythm running through my head, and after a few minutes, I realized I had been dancing back and forth in my bedroom pumping my arms up and down. After a while, my wife opened the door to come in the room and stopped in surprise. When I saw her, I froze and then dashed out of the room into my closet, where I ran in circles in the doorway. After crashing into the frame repeatedly, I ripped off my clothes and jumped in the shower turning the water to full cold to shock my body out of the panic attack, which brought me relief.

The next day, I was able to get an appointment with my psychiatrist. As I described what had happened, he asked if my wife could join to provide additional details and insight. He was concerned that my behavior was unpredictable and unusual for me. He asked us to make sure that any extra medication or firearms were inaccessible, and prescribed something to help calm the agitation.

My wife asked if I felt unsafe, and if I thought I would be able to know if I was feeling unsafe. My response was that I have felt suicidal urges before, and have learned that typically the planning and then attempt stages would follow. I had not felt experienced any suicidal ideation or felt any urges, so I was not feeling unsafe at this point. Obviously this was still a dangerous situation though and needed to be treated seriously, which we did.

Because of the events of the beginning of the week that I described above, I took off Tuesday and Wednesday from work to rest and recover. The agitation was seeming to persist much longer than usual, and I discussed the situation with my wife. I told her that part of the challenge was that I was feeling as if I was walking on eggshells, and that at any moment, things might get to a breaking point where either she or I would not be able to handle it anymore.

Her response was simple:

I barked a rueful laugh as I heard that, and realization washed over me. I had been so afraid of the uncertainty of the situation that I had not even paused to consider what it might mean. Leaning into the uncertainty was a key skill that I learned in my intensive outpatient program at The OCD and Anxiety Treatment Center. It is sad how easily we forget strategies that make a major difference when times get tough.

It was almost miraculous what a difference it made to consider the implication of my fear. The change was not instantaneous—I still had plenty of agitation to sit with for a while, but the change was remarkable. By the time Thursday came, I felt ready to work again, which was a wonderful feeling. I am hoping to keep this lesson in mind as I move forward.

As often happens to me, I had an idea take hold in my mind this week that would not let go. Suddenly it became urgent that my personal blog was moved to the bennorris.blog URL that I already owned, and the bennorris.com URL be used more to explain who I am and what I have done and am doing. I had also used bsn.design for a blog before my current setup, and decided that I need to convert it to a static site.

And so, between Friday and Sunday, I created and launched two new websites, moved my personal blog, and set up my previous sites for reference. One of my favorite parts was the trip down memory lane as I dug through older versions of my sites. I had forgotten how much I enjoyed designing and building a skeuomorphic sketchbook using pure CSS. 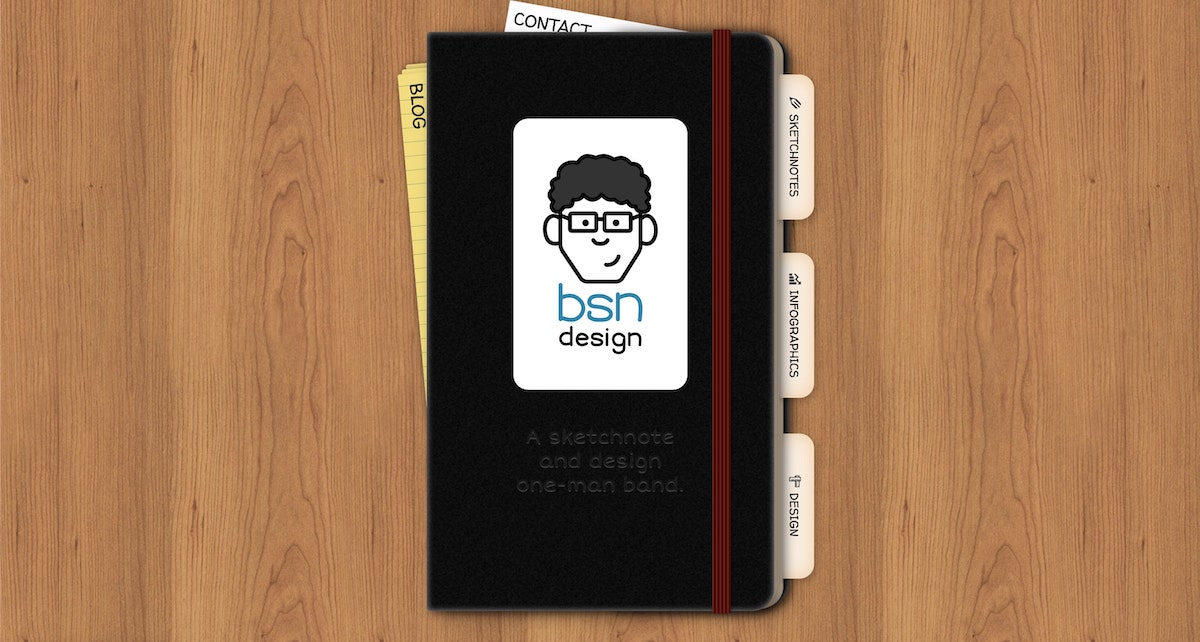 I told my wife that I realized that I was a bit frantic over those days, which did not come as a surprise to her. I enjoy the rush of productivity from these episodes, but they also take a serious toll.

Another important realization was that I was using those projects as a way to avoid feeling the anxiety and emotions that were swirling inside of me. In some ways, it was a numbing tactic, but in other ways, it was a healthy coping strategy. When these difficult emotions come, I know that I just need to hold on and make it through them. Remembering the lessons from earlier in the week, I need to be careful to not bury the emotions, but to make peace with them and allow them to run their course.

Some of the most important lessons come through painful life experiences. As long as we can remember them and not have to continue relearning multiple times, the pain is worthwhile. Most of us bury emotions occasionally, but we need to allow ourselves to fully feel them and face the uncertainty that comes our way. We need to remember to ask “And what then?” when fears pop up. And we need to extend grace and compassion, particularly to ourselves.

🎉
You subscribed with [email] on [date]. Thanks for joining me!
END_OF_DOCUMENT_TOKEN_TO_BE_REPLACED