In this week’s update, I discuss a purple monkey birthday party, a magical phrase, and a tricky programming bug.

The start of a new year has traditionally been a time I look forward to and enjoy greatly. In the past, I used to set all manner of detailed goals for the new year. For the past couple of years, I have taken an entirely new approach. My 2019 goals were to be intentional, be present and be curious. My 2020 goals were to make more mistakes, and carry less to give more.

I bring this up partly to encourage myself to decide on my goals for 2021. I think it is a useful activity, and can be an exercise in self compassion. Whatever your goals might be, and whether you set new ones at the beginning of the year, I send you encouragement. May we be kind with ourselves as we strive to become better. 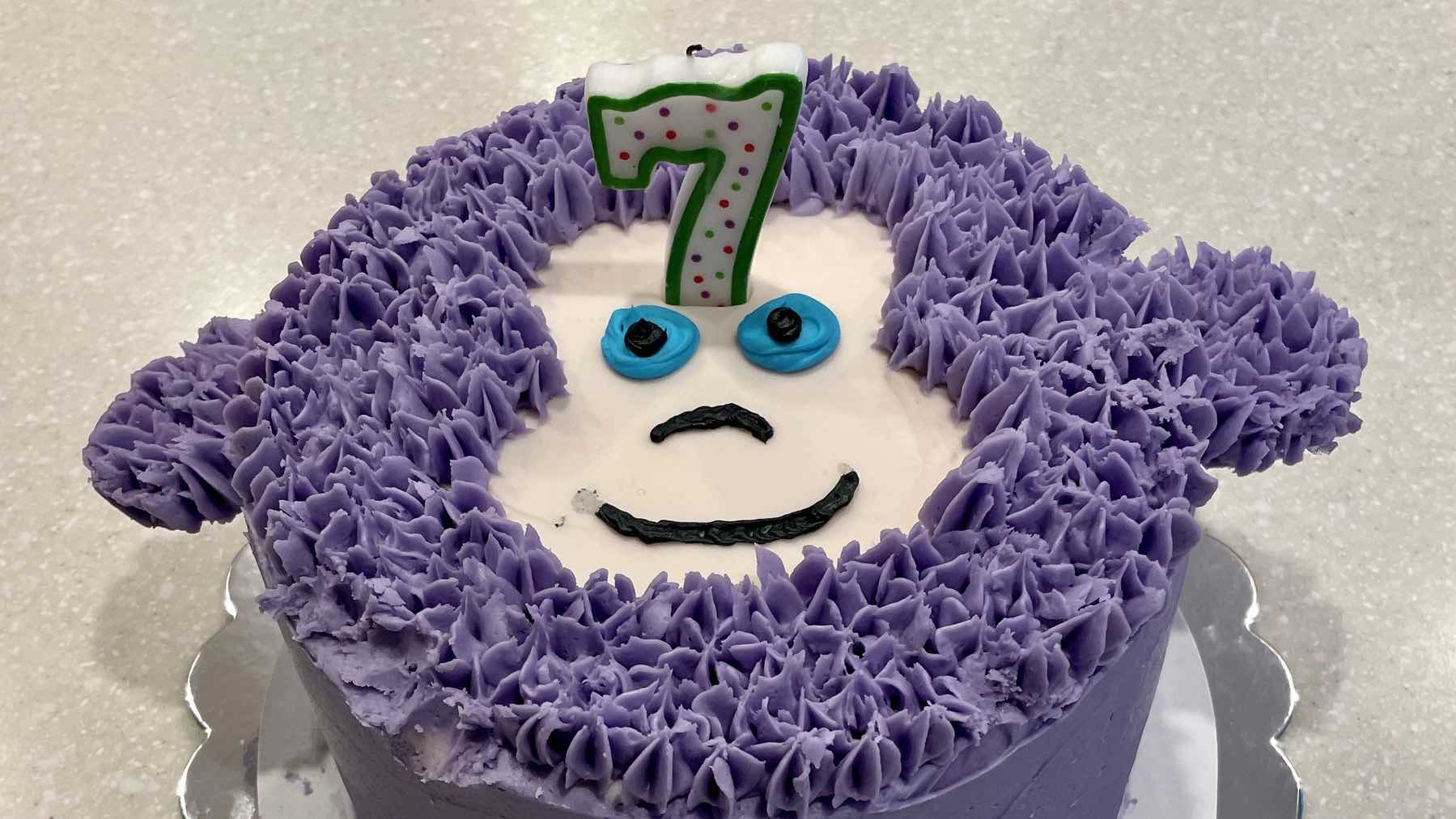 Over the weekend, we celebrated my daughter’s seventh birthday. She decided that the theme was purple monkeys, and asked her aunt to make a cake to fit. The result was truly spectacular, as is often the case with my sister-in-law. We had a small family party with grandma and grandpa, and had a terrific time.

There were a number of instances throughout the night where I became totally overwhelmed with all the noise. I had my noise-cancelling headphones in1, which certainly helped. But I still could not handle all the competing conversations and random exclamations from the younger kids.

When those situations came up, I removed myself to another room where I could block out most of the noise. I worked on a few sudoku puzzles2 to distract my brain. Mostly, I just allowed my body to destimulate a bit so that I could re-enter the fray without being irritable.

As I sat by myself in the other room, even with my headphones in, I could still hear the sounds of fun and joy. I was struck with a sense of sadness and loss. The thought came to me,

I wish I could be with everyone and enjoy the experience like the rest of my family.

In addition to grieving, I was also motivated. This is my why. This is why it is important to keep pushing through the hard work of learning to live with my OCD. This is why I go through so much. I want to be with my family. I want to be able to enjoy the moments in my life that mean so much to me. I know that I am on the right path, and I will keep moving forward, even when my progress is at times a slow trudge.

My wife has been attending most of my therapy sessions lately. Ever since she came and spoke alone with my therapist to explain just how hard things had become, she has been a more active participant in the team to help me improve. I had been thinking about what I wanted to discuss throughout the week assuming she would be able to come. However, the day of, it just didn’t work out. Dealing with seven kids means that there are many things that we desire to do that can’t happen.

In my session, I brought up the issue to my therapist anyway. The question I had was how to not get defensive when my wife asks questions that aren’t actually directed at me. An example is when she asks why her phones or her watch are not doing what she wants. I feel a deep sense of responsibility and shame crop up, because I am the default technician in our relationship. My therapist told me that this is normal, and experienced in many marriages and relationships, and has very little to do with OCD. I probably feel a deeper sense of shame than most due to my OCD, but the root of the problem is just ego. I need to get to the point where I don’t take the questioning personally at all, and instead can create a safe place where my wife can bring up whatever is on her mind without having to worry about how she phrases it.

At the end of the session, my therapist told me that my homework was just to work on responding to questions that make me feel defensive with a connecting phrase. The phrase that I chose was,

I have been astounded at the results as I have tried to use that phrase, even over just a couple days. The first time that I used it with my wife when she asked a question that would have traditionally triggered some defensiveness, she was taken aback. She told me how nice it was to hear that, and how safe she felt in sharing her frustration with me.

Even when I am not responding directly to a question, I have found this phrase to be magical. I cannot even count the number of times that I have used the phrase mentally over the past couple of days. Each time3 when I get frustrated with something, such as a mess left out, or a child asking incessant questions, I mentally reframe the situation. I say to myself something like, “It’s really hard to have such a persistent and inquisitive eight-year-old.

Part of the magic of the phrase is that it often turns me from frustration to humor. I am able to laugh at myself, and at the situation. I gain immediate perspective that my children, or my wife, or whoever else is interacting with me, are not actually out to get me. They are often not thinking of me at all in a negative or attacking way. They are doing the best they can, and are also frustrated with the difficulty of the situation.

This practice is one that I highly recommend to you, whatever your phrase might be. Find a way to access common humanity and allow yourself to laugh at the situation instead of becoming upset. And then sit back and marvel at the results.

In my final section this week, I wanted to tease my ongoing project again, and share an experience I’ve had with it. I have been programming an app, and using that as an experiment in my obsessive behavior. Often times in the past, if I was working on an app, or a similar project, everything else in my life would be dropped to pursue the project. I would struggle with stopping to eat or sleep. Even when I (or usually my wife!) would force myself to disengage long enough to be with the family, my mind was caught up with the project, and I continued to work on it mentally.

I started this project over the holiday break. I have a few apps that I have created on my own, and maintain when I am able. They make very little money, and serve as a hobby more than anything. I decided that in order to do the update that I wanted to this particular app, I would rewrite it from scratch. Normally, this is a horrible idea, but I decided it was worth it in this case.

I have been thrilled to find that my ability to work on the app without becoming obsessive has advanced tremendously. There are still times when I cannot stop thinking about an issue, and I may sneak my laptop into the bathroom to fix “just one more little thing,” but overall, it has been night and day compared to past experiences. I have been able to engage with the family much more, and have still made progress. Hooray!

One of the most frustrating things that I encountered over the past couple weeks was an occasional loss of data. I would use the app and input data that I cared about, and then at seemingly random times, I would come back in the app, and the data would be gone. Having a bug that is not readily reproducible is extremely challenging to a developer, and this was driving me up the wall.

Finally, the other night, I was able to find the pattern. If I entered data and then force-quit the app, the data was consistently gone. I realized that the times when I had lost data corresponded with periods when I did not use the app for a while, and it seemed logical that the app was terminated by the system in those cases.

The next morning, I was able to find a fix for the situation, and in my testing so far, it seems to hold up. I am hopeful that this is now resolved and I can move forward to prepare for release. I look forward to sharing more details with you in the near future.

I think that we all have moments to mourn in our lives when we are not able to do what we want. My encouragement to myself and to you is to use those moments to motivate us to continue to move forward. Find those opportunities to introduce levity into otherwise distressing situations and practice more self compassion.

🎉
You subscribed with [email] on [date]. Thanks for joining me!
END_OF_DOCUMENT_TOKEN_TO_BE_REPLACED