In this week’s update, I discuss a more difficult therapy session, a delightful group of sisters, and an inspiring TV show.

My therapy session last Friday was a little more difficult than usual. Often, the tenor of my sessions is one of encouragement and validation, helping me to see clearly the experiences I am having. I regularly need reminders of how OCD is affecting my life, and how the struggles that it brings are not my fault. I can continue to work within them, and improve how I response, but I am not responsible for OCD.

Last week, however, was more of bringing me back down to reality. Over the previous week or two, I had become a little obsessive in acquiring and building Star Wars Lego sets. It wasn’t out of control, or causing serious problems. The furthest it went was driving around to three different Target stores over the course of a couple days to find the sets that were only available at those locations, and then building one or more sets every day.

As I wrote about last week, I had been thinking about how nice it would be to quit my job and become a truck driver or something that would not require so much mental investment, and would allow me to work with less stress. My therapist assured me that this kind of fantasy is completely normal, especially for someone with OCD. The reality is that it would be giving in to the compulsions to do whatever OCD dictates with my time, and would only lead to misery.

We continued to discuss how I need to just come back to reality and face the life that I have. Dealing with OCD is hard because it adds significant weight to everyday experiences. I am constantly running over past and future events, and evaluating the “right” way for them, so many actions are moralized. This is particularly true with family life. Near the end of the session, my therapist commented that she had been a little more direct and serious with me in order to help me come back down to earth and not allow myself to start floating away in OCD indulgences. It was definitely needed, but still difficult.

I was eating out alone at a restaurant recently, and could overhear a group of four women at a nearby table. I was trying not to listen in to their conversation, but couldn’t help hearing little bits and pieces. They were talking about someone that they cared about, and seemed to be reminiscing about many of the great qualities and experiences they had over the years. I noticed that they had starting writing a note of some kind together, and would each offer in a line, or corrections to the line that one of them was writing. I was struck by a deep sense of love and caring that I could sense in them.

After trying to read my book and eat my cheese fries, I finally couldn’t stop myself, and I walked over to them. I told them that I had overheard bits and pieces, and had no idea who they were talking about, or what the situation was, but I could tell they really cared about this person. To my surprise, I got emotional as I told them how touching it was to hear of their love for this person.

The result was immediate and stunning. We connected as if we had known each other for years. They told me that they were all sisters, and their cousin, who was like another sister to them, had just passed away. That cousin had been suffering with health struggles for twenty years, and so the loss was bittersweet, and overall they were so glad that her pain was ended, and she could be with their mother again, who had passed away earlier.

I was struck by the power of that simple act of recognizing shared humanity. Their love and care for each other and their cousin swept me up and brought me to an entirely different place. For the remainder of my meal, the thoughts and feelings coursing through me were sweet and tender, and made me want to see everyone around me as people. That group of women transformed from being another table at a restaurant to being the Larson sisters, a quartet of kind and compassionate women. 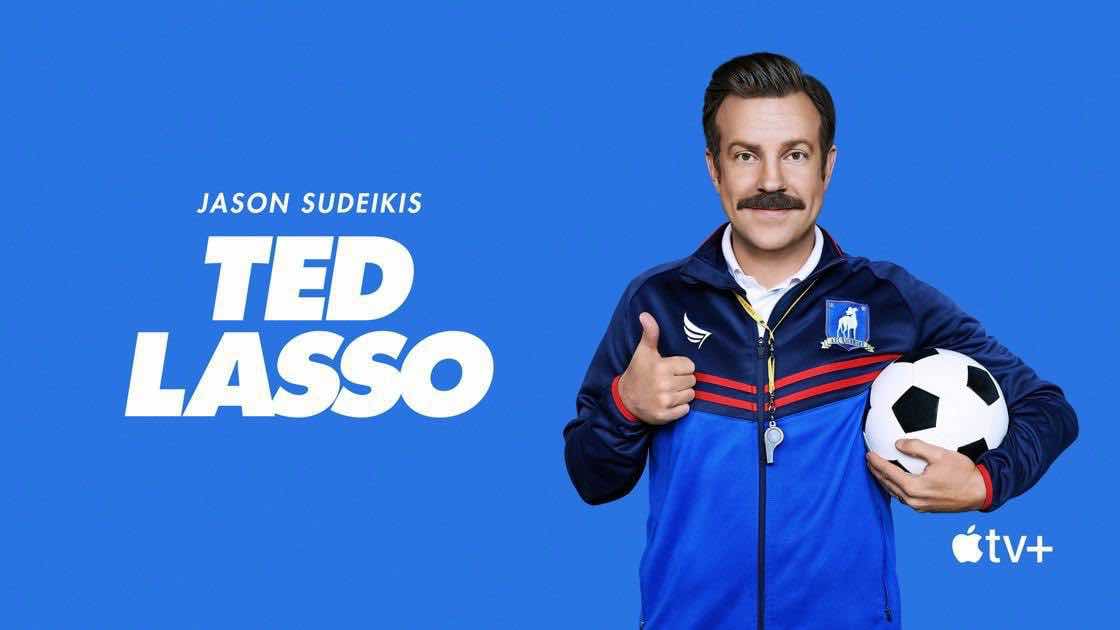 Last week, I wrote about watching All Creatures Great & Small and the effect it had on me. Well, as we ended that series, I decided to start watching the show Ted Lasso. I had heard good things about it, and was ready for something funny.

While I have found some humorous moments in it, I would not classify it as a comedy show. To the best of my knowledge, there is no genre that captures this, but I would classify it as a touching show. While it certainly deserves its TV-MA rating with vulgar and crude language, I have been moved by what I’ve seen. The main premise of the show is that the eponymous character consistently sees others as people. In doing this, he is able to begin to overcome extreme odds.

Rather than turn inward and focus on all of the many things that are stacked up against him, Ted looks around at others, and what they may be struggling with. From “biscuits with the boss,” to a surprise birthday part for their Nigerian defender living far from home, to gifts of books that are individually meaningful to each player, to a sincere appreciation for Nathan the kit manager, Ted exhibits an ability to focus outward on those around him.

The ability to do the same is well within our reach. In my own life, I have found that struggle and suffering makes this more natural and effortless. While I would have said that I tried to see others as people and care about their needs, a huge shift occurred a couple years ago. After the great breakdown of 20181 and subsequent emergency leave from work to engage in intensive outpatient care for OCD, recognizing the humanity and struggle in others became instinctual and effortless. I wouldn’t say that I am perfect at it, but it is much more of my regular experience with others than ever before in my life.

It is good for us to remember that nearly everyone around us in struggling in major ways. We rarely get to see their pain, but it is usually there. To the extent that we can get outside of ourselves, and connect with others, we have the ability to improve all of our lives.

🎉
You subscribed with [email] on [date]. Thanks for joining me!
END_OF_DOCUMENT_TOKEN_TO_BE_REPLACED