This week was a struggle. This update shares what that looked like, and a possible cause. I also share about another craft project, and a teaser of a new app.

This past week was a little rough for me. Frankly, I was surprised at the struggle, but my therapist wasn’t. When I met with her last Friday, she told me she was expecting things to be hard.

Here’s what a rough week looked like for me. I wrote last week about what started it for me: running out of milk. On Monday, I made it through work just fine, but by the time I went home in the evening, I was feeling some anxiety and agitation. We had a surprise birthday party for my father-in-law that evening, and I told my wife that I was willing to come, but there was a good chance that I would have to leave or sit in the car. We decided it would be better to just stay home.

The next day, I tried to work, but things were not going well. I took the day off, and tried to cope. It is unusual for me to struggle alone in my quiet office—usually it is overstimulation that knocks me out. I stayed late, and told my wife:

I keep thinking I’ve made it through and let it run its course. And then I’m bad again.

I finally remembered to take one of my rescue meds, which is effective at slowing down the panic and anxiety. I let my wife know that I didn’t feel good about driving while I was feeling so anxious, but was worried that the rescue med would knock me out so that I would be too tired to drive home.

Serendipitously, my brother called to chat soon after I took the rescue med, and I realized that was my opportunity to dart home. Talking with him would keep me awake enough to be safe to drive, and then I could just go to bed.

Wednesday, I was exhausted, as is often the case after a series of panic attacks. I took the day off work again and rested. By Thursday, I was pretty well recovered and able to engage with life again.

What threw me off so much? I’m sure it was a number of factors. But in the previous therapy session, we were talking about a new hierarchy to work on for my OCD. Part of establishing a hierarchy is identifying the rule that my brain has made as well as the threat. We need to know the fear my brain is trying to protect me from.

We realized that the underlying fear of that hierarchy was that if I didn’t achieve enough or quickly enough, I would be unlovable and cast off by God. Heavy stuff.

As we discussed my rough week, we came up with a new hierarchy to work on that would not go quite so deep as that core fear. Ironically, the one that we decided to work on was a repeat of my very first hierarchy. I have to get my phone dirty in progressively distressing ways—from fingerprints to water to lotion to chalk to Doritos cheese to popcorn grease. In many ways, I am not looking forward to it. Which means that it is a good one for me to tackle.

I share details of the hierarchy partly for some public accountability. It can be easy to avoid working on a hierarchy because it intentionally causes distress. But I know that they help, and that it’s worth it.

A few weeks ago, I shared about a cross-stitch project that I had done in a week. Soon after finishing, I started a new project. I planned to make a gift for my nine-year-old’s birthday. When I showed him the pattern I was going to make for him, he didn’t know what it was. Even though Breath of the Wild is his favorite video game right now, the pattern I had chosen didn’t make sense to him. Sadly, this classic reference was totally lost on him: “It’s dangerous to go alone! Take this.” 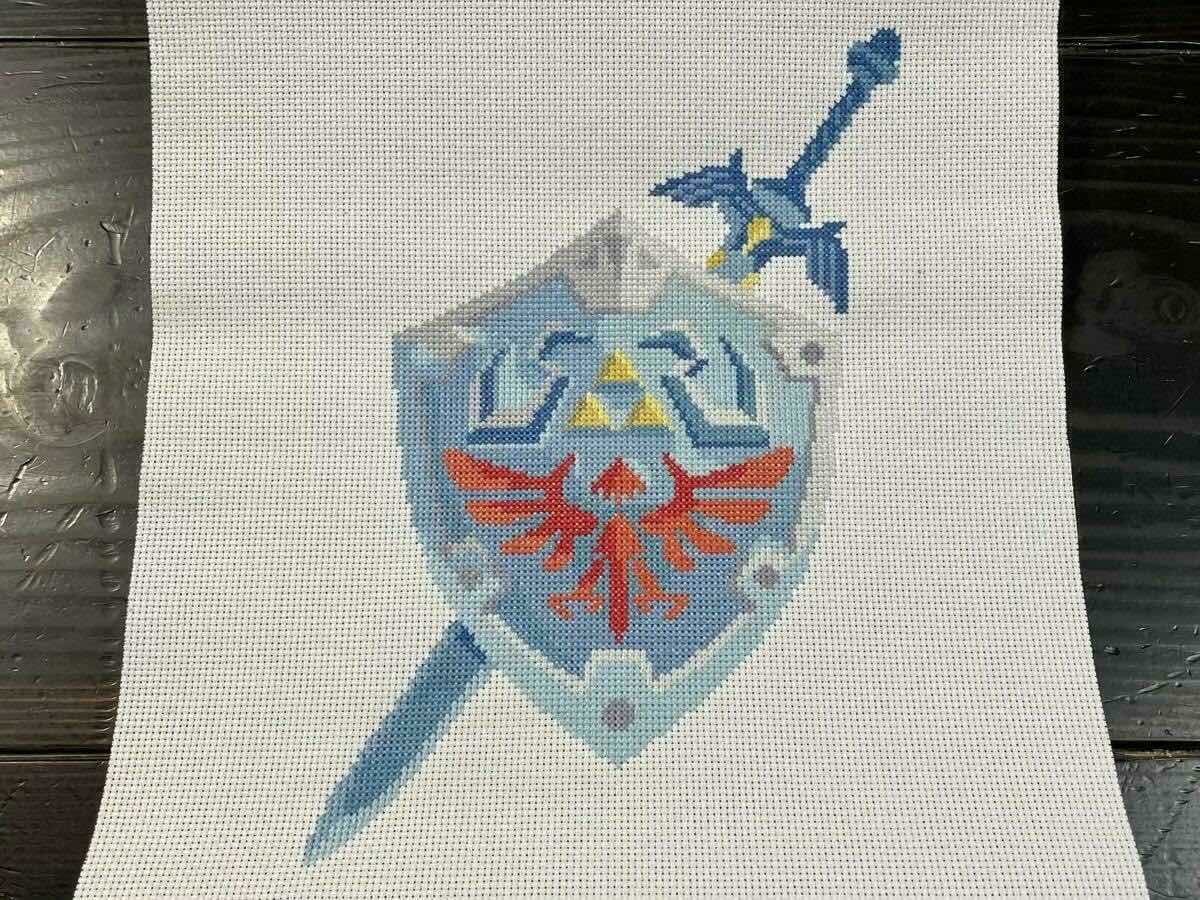 So I changed my plans (which is notoriously difficult for me) and made a different project that he would recognize. The change in design was supposed to be a surprise, but when I gave it to him, his first comment was that he had seen it while I was working on it. Regardless, he was happy to receive it, and I enjoyed making it.

I have been thinking for a long time that I want to make an app for one of my passions. I tried to think of something for sketchnotes. But I don’t think I could make a better drawing app than Linea Sketch, the one that I currently use. Nothing else came to me.

For the past couple years, I have been trying to think of an app idea around mental health. Last week, inspiration struck. I’m not ready to share details yet, but when I shared the idea with my therapist, she got excited. I think that when it’s done, it will be a huge help for me, and hopefully for others as well.

We all have bad days, or bad weeks (or even bad months or years!). A key to getting through them is self-compassion. This is a good reminder for me, and hopefully for you too. Be kind, especially to yourself.

🎉
You subscribed with [email] on [date]. Thanks for joining me!
END_OF_DOCUMENT_TOKEN_TO_BE_REPLACED