In this week’s update, I share about mental health being highlighted by Ted Lasso, Simone Biles, and Michael Phelps.

This past week, I have come across three situations connected to mental health that struck me. We are gaining momentum in destigmatizing mental health. As these conversations enter the mainstream, we open the door for more people to be open and honest about their experiences.

First is a scene from the excellent show Ted Lasso1. Ted is shaken by the introduction of a sports psychologist into the support structure of his team. He opens up to Coach Beard:

Ted: I think there’s a part of me that just doesn’t—I don’t know… trust therapists?

Beard: And how come?

Ted: Well, when Michelle and I did couple’s therapy, it was with this therapist she’d been going to for a while, and… I just kinda felt like I was being set up, you know. Like I was going in there not to be listened to, but rather just to hear about all the things I’d been doing wrong.

Beard: And that’s the only time you’ve ever seen a therapist?

Beard: Do you remember what you said when I got dumped by that cruise ship dancer and swore I would never date another dancer again?

Beard: “All people are different people.”

Ted: I said that?

There are a couple things in this exchange that stood out to me. First is the distrust that Ted has in therapists. I think this is a common reaction. Without personal experience, people look at therapy, and therapists, and people who go to therapy as questionable. Therapy often seems associated only with major trauma. In high school, two band friends died in a car crash. Grief counselors were brought in to help. We were told that anyone who was unable to cope with the situation on their own could meet with them. This seemed to be the view of mental health at the time—therapy was for people who couldn’t cope.

Second, Ted describes his one experience with therapy. What he described was highly inappropriate and should not have happened, from what I have learned about therapy. To have a therapist meet with someone for individual and couple’s therapy will not work. Both people need equal help and support. Of course Ted doesn’t trust therapists.

The answer, as quoted back to him by Coach Beard, is to recognize that people are people, not just a member of a group. We cannot generalize any group based on a single person. 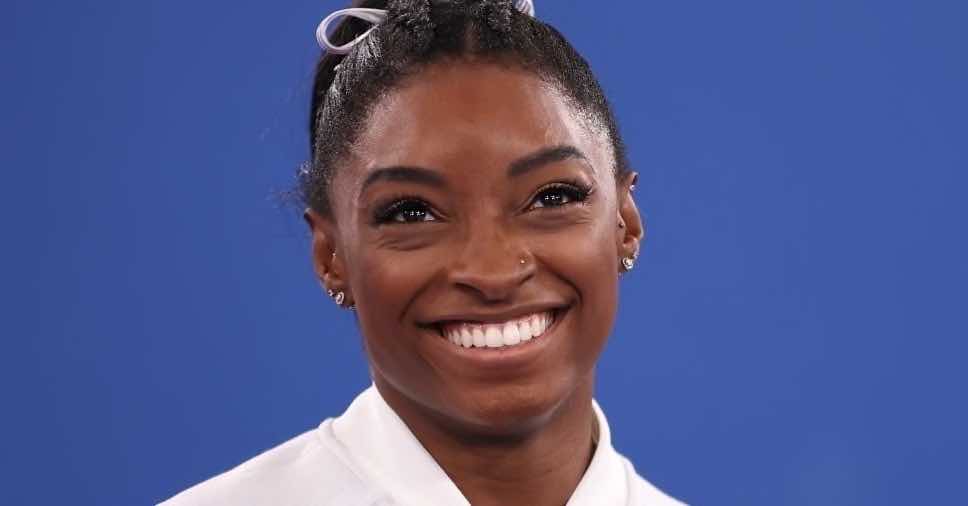 Next was the news that Simone Biles withdrew from competition at the Olympics. The statement from USA Gymnastics read:

After further medical evaluation, Simone Biles has withdrawn from the final individual all-around competition at the Tokyo Olympic Games, in order to focus on her mental health. Simone will continue to be evaluated daily to determine whether or not to participate in next week’s individual event finals. Jade Carey, who had the ninth highest score in qualifications, will participate in her place in the all-around.

We wholeheartedly support Simone’s decision and applaud her bravery in prioritizing her well-being. Her courage shows, yet again, why she is a role model for so many.

The fact that her decision was called an act of bravery, and that it became controversial, highlights that mental health is not respected as it should be. If she had suffered a physical injury, we would not be discussing her decision. Suffering a mental blow, especially in an inherently dangerous activity, is no less a serious matter. Thankfully, there was also a great outpouring of love and support.

After she had recovered enough to participate in another event, she was asked what she was most proud of in her Olympic experience:

Definitely bringing a light to the conversation of mental health; it’s something that people go through a lot that is kind of pushed under the rug.

While this experience showed how far we still have to go, it also showed great progress.

Finally, Michael Phelps shared some of his story while reporting at the Tokyo 2020 Olympics:

“I know that my road and my path to get to where I am today wasn’t easy,” he admitted. “I had some roadblocks in my way that I had to learn how to figure out, to get around or how to climb over them.”

Those roadblocks included struggles with mental health, a topic the champion swimmer has spent much of his time since retiring after the 2016 Olympic Games in Rio discussing.

“I can go back to 2004 and say that was when I first experienced it,” Phelps said. “That was the first time I came across depression coming back from the 2004 Olympic Games. I suffered from post-Olympic depression pretty bad.”

He described another period of depression following his successes at the Beijing Olympic Games in 2008. From there, he says, it continued to come in waves.

But in 2014, he started to come to understand better what he was dealing with.

“That was when I was finally able to really see that this is who I am and it’s a part of me and it’s not going to go away. So, I need to learn more about it. I need to learn why I work how I work, why I am how I am,” he explained. “I was able to dive into some things that I had been stuffing down inside, kind of compartmentalizing and not wanting to address and acknowledge. I think at that point I was really able and ready to grow and learn.”

He hopes that by sharing his struggles, he’ll help others learn as well.

“Hopefully, I can save a life. I can help somebody else because I know that the feelings that I have, I had, what I go through every single day, every single week, every single month. I know I’m not alone and I understand that for me it’s OK to not be OK,” he said.

While these situations were public, and reached millions of people, the effect is similar to you and me reaching out to people we know and love. We can open the door to discussing mental health. In many ways, having these private conversations can have a more profound effect as we build a relationship and provide ongoing support. I was thrilled that Michael Phelps said the exact phrase I have used in nearly all of my workplace presentations on mental health: