In this week’s update, I share about getting sick and getting better, releasing an app update, and celebrating a year of updates.

Here in Utah, we have had horrible air quality due to high levels of smoke. As has been the case for many, I woke up one morning with a painful sore throat. The first day, it wore off quickly and I mostly forgot about it. The second day, swallowing or speaking or eating or drinking was painful. I did not speak for almost the whole day.

As an aside, my not speaking that day led to the children all being quieter. I pantomimed or pointed for most of what I needed throughout the day. I found that the kids “listened” better, and the day was more calm. I don’t actually wish to lose my voice permanently, but it was a wonderful sensory respite.

The next day was the Labor Day holiday, and we planned a family activity in the mountains, but I was feeling even worse. I decided to stay home and rest. Instead of fully resting, I watched the Food Network and worked on my website the whole day. A couple weeks ago, I talked about getting stuck and not doing the things I wanted because I couldn’t let go. That was my experience again.

Finally, after four days of feeling crummy and working through them, I took a day off and just slept. I still went into my office, as home during the day is not quiet or particularly restful. As I’ve mentioned before, I have a recliner in my office, and I used that as a bed and slept almost the entire day. And, surprise!, the next day I felt much better.

As I discussed with my therapist, I realized that this is just like when I experience panic attacks. If I fight them, or try to just push through and disallow my feelings, the panic lingers. When I take some time to stop, feel my emotions, and process what is happening in my body, I am able to move on much more quickly.

In a team meeting at work, I was asked to give some words of wisdom to wrap up. My slightly irreverent take on the lesson I learned was this:

This is the time of the year when Apple typically announces a new iPhone and a new version of iOS. I have a few apps that I build and maintain on the side, and I did a little work on them over the summer in preparation of the new updates. Most of the reason that I work on them is to learn and explore the newest features, and to have a creative outlet. 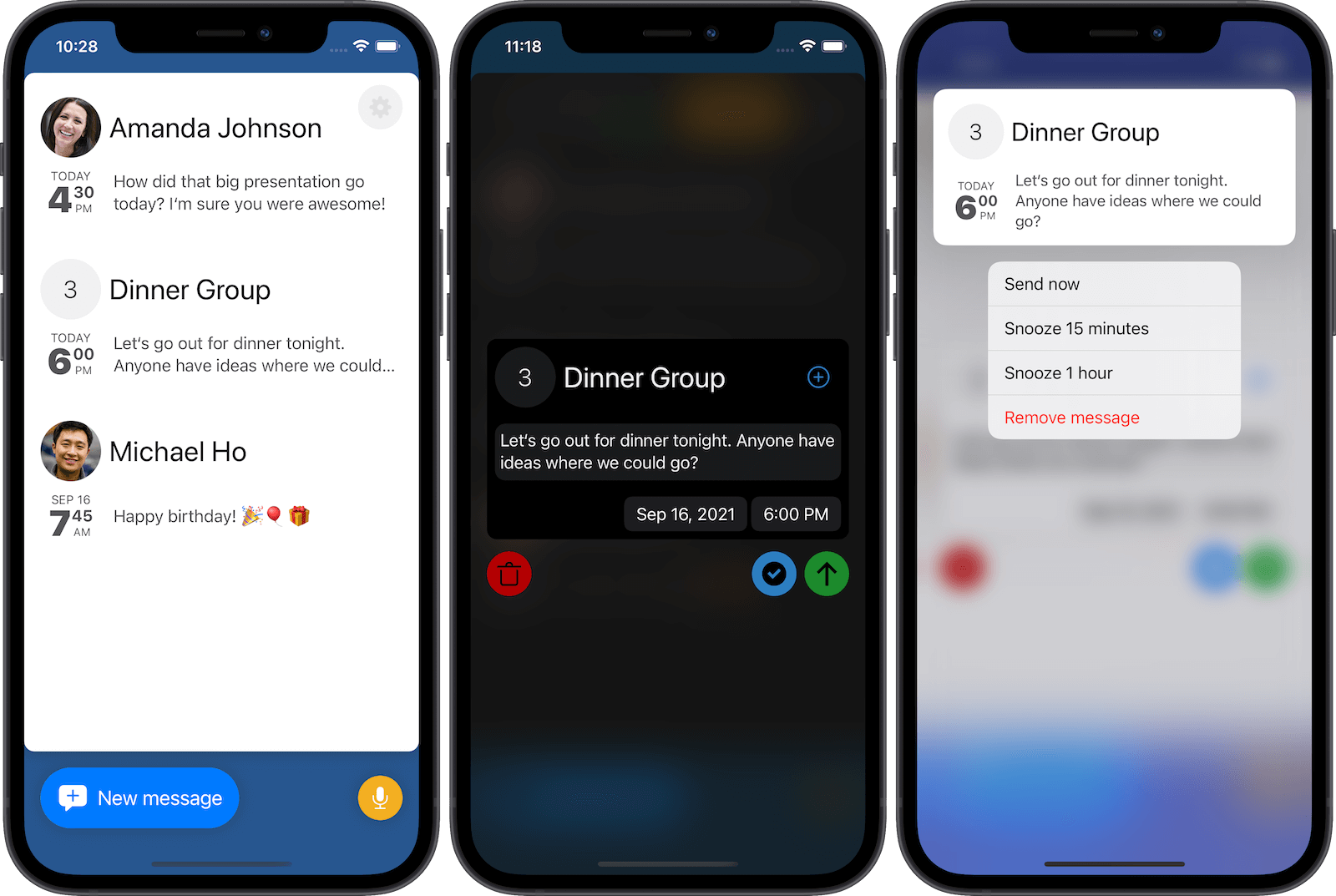 There was one app that I was able to update this week: Carrier Messaging. I made this app a few years to solve a specific problem I had. Early in the morning, or late at night, I would think of messaging someone but didn’t want to send it right away. Or I would think of messaging someone for their birthday or when they were close to having a baby born. Too often, I would forget to ever send the message. Even if I set a reminder, I would forget what I wanted to say. Carrier allows you to write a message and schedule when it should be sent. Because of Apple’s security measures, the app can’t send the message for you, so you will get a prompt when it’s time to send. You can make any last minute adjustments, and send it off.

Releasing something into the world that you care about and think will benefit others is deeply satisfying. I have heard great feedback from people about how they have used the app, and how it has helped them. That feels wonderful.

This is the 52nd edition of this weekly update, and I wanted to pause for a moment to celebrate. My first weekly update, Spinning in neutral, was published just over a year ago on September 1, 2020, and I have published an update nearly every week. So much about that is good for me. I often lose interest in a project after being obsessed with it for a time, and I wanted to build the skill of sustained effort.

The “nearly” part has been healthy as well. There were a couple weeks that I missed or skipped, which brings me distress. Sitting in that emotion, giving myself some compassion, and choosing to let it go is helpful in managing my OCD.

Finally, the responses I have heard from people have been meaningful and touching. I sometimes fall into the trap of stat-seeking. I check to see responses and am discouraged when the numbers are lower than I had hoped. A part of me wants the numbers to be higher be means it means the reach is greater and can hopefully help more people. Even that is a little arrogant to assume impact. Overall, looking at the numbers is not healthy for me.

But occasionally someone will talk to me in person, or send me a text, or mention in a one-to-one that something I wrote resonated and was helpful. One of my favorite things to hear was that someone read when I wrote, thought of someone in their life that might benefit, and shared it with them.

I feel strongly that as we open these seemingly delicate conversations, we create safety and foster connection. Mental illnesses can be deadly, and being able to talk about them is vital. It’s ok to not be ok.

As usual, this week brought lessons that I had learned before and needed to learn again. We all go through moments like that, and it can be easy to beat ourselves up feeling that we failed to learn the first time. Let’s be kind to ourselves. That is how true learning happens. That is how change happens. And that is how healing happens.

🎉
You subscribed with [email] on [date]. Thanks for joining me!
END_OF_DOCUMENT_TOKEN_TO_BE_REPLACED