I was reading Becky Hansmeyer’s great Reflections on WWDC 2022, and noticed this nugget in what’s coming:

As I mentioned in my Mental Work Health update #85, I was gone on a sailing trip last week and missed all of WWDC. In the short catching up I’d done, I had not seen anything about this great feature for Messages.

A few months ago, I shared my strong feelings on the lack of mark-as-unread: 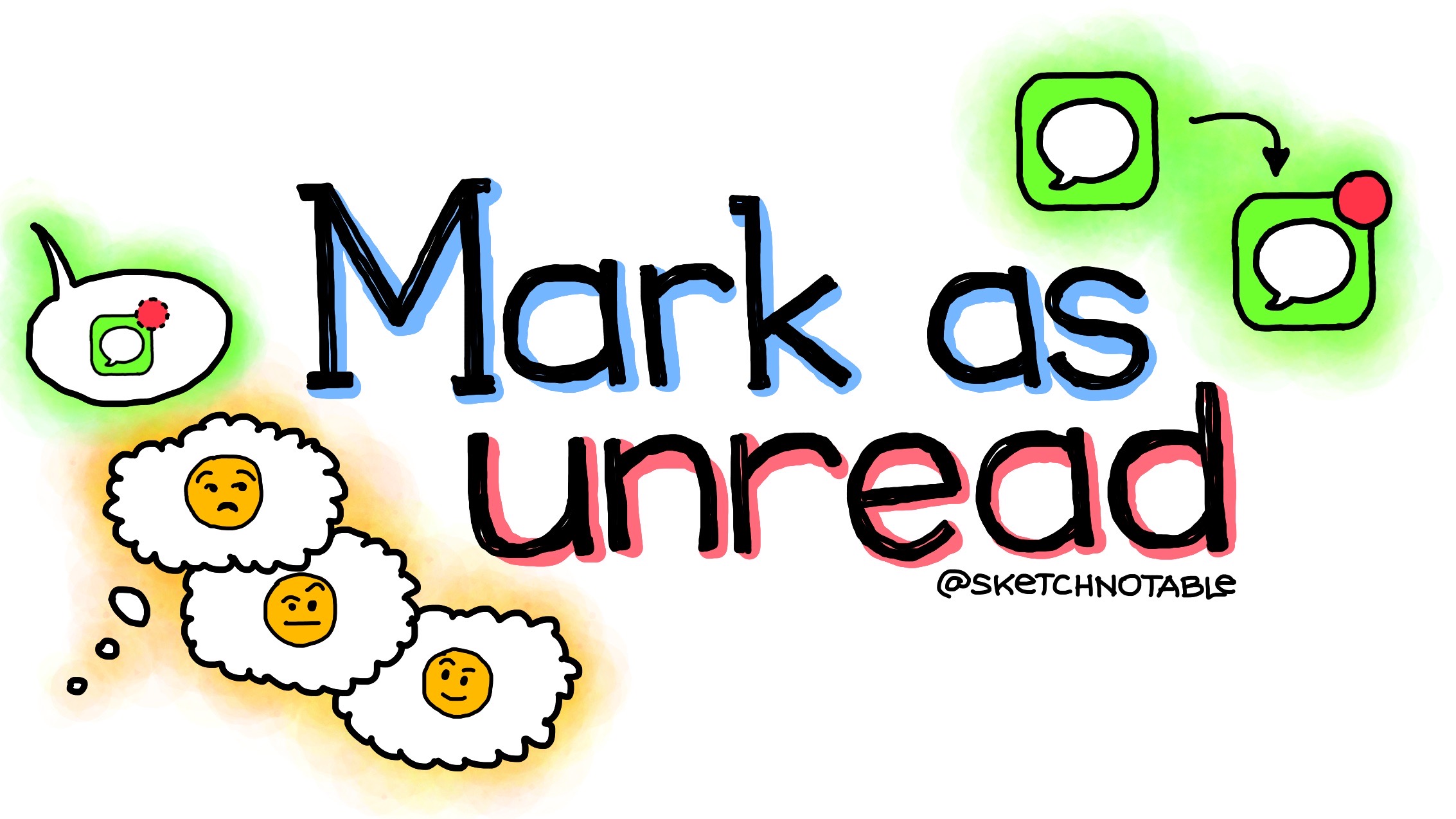 The core of my argument for why it was an important feature, and why I thought it was being seen and handled incorrectly was as follows:

For the “Mark as unread” feature, the Messages team addressed the issue by saying the problem is remembering to reply to someone. Their claim was that they already solve that problem, although I feel like I have shown their lack of success in that attempt.

My opinion is that the true problem to be solved is maintaining relationships.

That should be the purpose of the Messages app and team.

If it was, I think we would see different decisions, or at least hear different justifications. I think there would be less relying on other apps and teams to implement features for them.

Now, I am not arrogant enough to presume that my post had anything to do with this change. But I am thrilled that it is happening. I’d like to think that some of the concerns that I laid out were already being considered by the Apple Messages team.

As anyone who works with software knows, the timing of new features can be a major challenge. What looks to be apathy or indifference from an uninformed outside perspective is often just the slow process of iterative development and competing priorities.

Whatever the reason, I look forward to managing my communications and maintaining relationships more fully with iOS 16.

🎉
You subscribed with [email] on [date]. Thanks for joining me!
END_OF_DOCUMENT_TOKEN_TO_BE_REPLACED