My update this week builds on the experience I had last week and shares a new metaphor I identified to help navigate OCD.

In my update last week, I shared an experience during a therapy session when I had a mindset shift and was able to identify thoughts and impulses that weren’t my own, but were the effects of OCD. I compared it to the feeling of removing a weighted jacket under water. 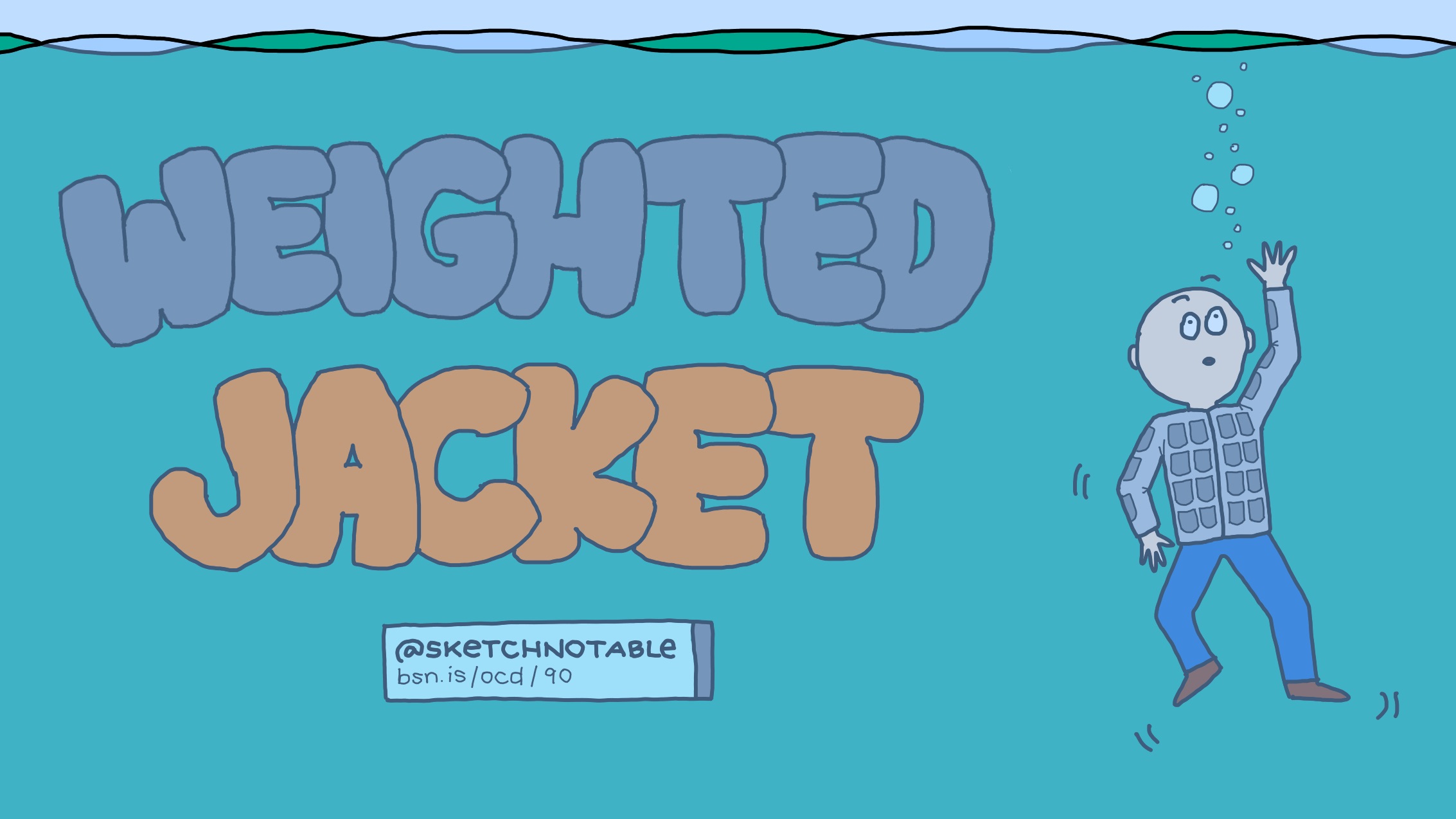 In my next therapy session, I had a similar experience. I was telling my therapist my plan to discuss something with my wife. “I’ll wait a week, and tell her I’ve been thinking about it, and propose an idea.”

My therapist nearly smacked her head. “No! You won’t do that! The whole problem is that you spend hours and hours thinking about something instead of being honest with what you actually feel about it in the moment.”

As soon as she pointed that out, I recognized immediately where the thought had come from. I told her, “Oh, I get it! That was a shiny thought. You know in the third Hunger Games book when Peeta plays ‘Real or Not Real?’ and realizes the manipulated memories seemed shiny? That thought to wait a week and then propose something was shiny. Just like last week when I was getting stuck on a word or wanting to ask clarifying questions.”

I realized that I had the perfect, albeit fictional, illustration of what I was experiencing.

In case you are not familiar with the Hunger Games reference, I thought I would include some passages (emphasis added). If you already know exactly what I’m talking about, feel free to skip this section.

At the end of book 2, Peeta is captured by the evil government. In book 3, he is rescued, but they discover he had been brainwashed and tortured with a technique called “hijacking.”

This is Beetee’s explanation to Katniss:

“This we do know. It’s a type of fear conditioning. The term hijack comes from an old English word that means ‘to capture,’ or even better, ‘seize.’ We believe it was chosen because the technique involves the use of tracker jacker venom, and the jack suggested hijack. You were stung in your first Hunger Games, so unlike most of us, you have firsthand knowledge of the effects of the venom.”

Terror. Hallucinations. Nightmarish visions of losing those I love. Because the venom targets the part of the brain that houses fear.

“Memories can be changed.” Beetee taps his forehead. “Brought to the forefront of your mind, altered, and saved again in the revised form. Now imagine that I ask you to remember something—either with a verbal suggestion or by making you watch a tape of the event—and while that experience is refreshed, I give you a dose of tracker jacker venom. Not enough to induce a three-day blackout. Just enough to infuse the memory with fear and doubt. And that’s what your brain puts in long-term storage.”

As a result, Peeta is in a state where he can’t trust his mind.

“The problem is, I can’t tell what’s real anymore, and what’s made up.”

In the hopes of helping him navigate his mind more clearly, they devise a strategy.

A game called ‘Real or Not Real’ to help Peeta. He mentions something he thinks happened, and they tell him if it’s true or imagined, usually followed by a brief explanation.

Over the course of days and weeks, he continues to engage in this game. After recalling a horrific experience, he notices something.

“Real,” says Boggs. “At least, to the best of my knowledge…real.”

Peeta sags. “I thought so. There was nothing…shiny about it.”

Later that day, Katniss asks for an explanation.

“Peeta, when you asked about what happened to Darius and Lavinia, and Boggs told you it was real, you said you thought so. Because there was nothing shiny about it. What did you mean?”

“Oh. I don’t know exactly how to explain it,” he tells me. “In the beginning, everything was just complete confusion. Now I can sort certain things out. I think there’s a pattern emerging. The memories they altered with the tracker jacker venom have this strange quality about them. Like they’re too intense or the images aren’t stable. You remember what it was like when we were stung?”

“Right. But nothing about Darius or Lavinia was like that. I don’t think they’d given me any venom yet,” he says.

“Yes. And if I could grow wings, I could fly. Only people can’t grow wings,” he says. “Real or not real?”

Gaining an understanding of what’s happening in his mind is helpful not just for Peeta, but also for those around him. Katniss is able to recognize when he is not himself.

Some shiny memory must be fighting for his attention, because his body tenses and his newly bandaged wrists strain against the metal cuffs. Then all the energy saps from his body. “I’m so tired, Katniss.”

In finding and reviewing those passages, I realized that “hijacking” is an even more perfect metaphor for OCD than I had imagined.

Beetee’s phrase is that hijacking is “a type of fear conditioning.” And that’s exactly what OCD is.

Fear is triggered, typically due to intrusive thoughts—obsessions. When they come, your body feels distress and your mind has an urge to neutralize the threat—compulsions. Acting on that urge alleviates the immediate distress, but it also reinforces the danger of the threat to your mind. Over time, you become conditioned to this fear and build an unconscious reaction to the intrusive thoughts to where you can be performing a compulsion before even realizing it.

My realization from these couple experiences in therapy, and the dystopian fictional example, is that I can truly learn over time to differentiate between the thoughts in my mind. Those that are from OCD have a certain taste and texture to them.

The challenge in this coming week, for both of us if you’ll accept, is to be on the lookout for shiny thoughts. Make a conscious effort before acting on an impulse to explore it first.

Ask questions for a few seconds. Is it a fear response? Is there a real threat to be neutralized? Is there a false sense of urgency?

The more practice we get at identifying and classifying these thoughts, the more instinctual it will become. Then one day we can look back and realize that we have counter-programmed our fear conditioning. Our mind and body now immediately disregard the obsessive thoughts that come our way.

We can choose what we will do. And that freedom of choice is a beautiful thing.

🎉
You subscribed with [email] on [date]. Thanks for joining me!
END_OF_DOCUMENT_TOKEN_TO_BE_REPLACED