This week I share another step forward in my peacemaking with the monster that is OCD in my life.

My therapist encourages me to recognize the positive aspects of my OCD to help keep a balanced perspective. As Monk says, “it’s a gift, and a curse.”

Last week, I shared an experience of putting OCD to work for good in update #96: Confronting the criminal. 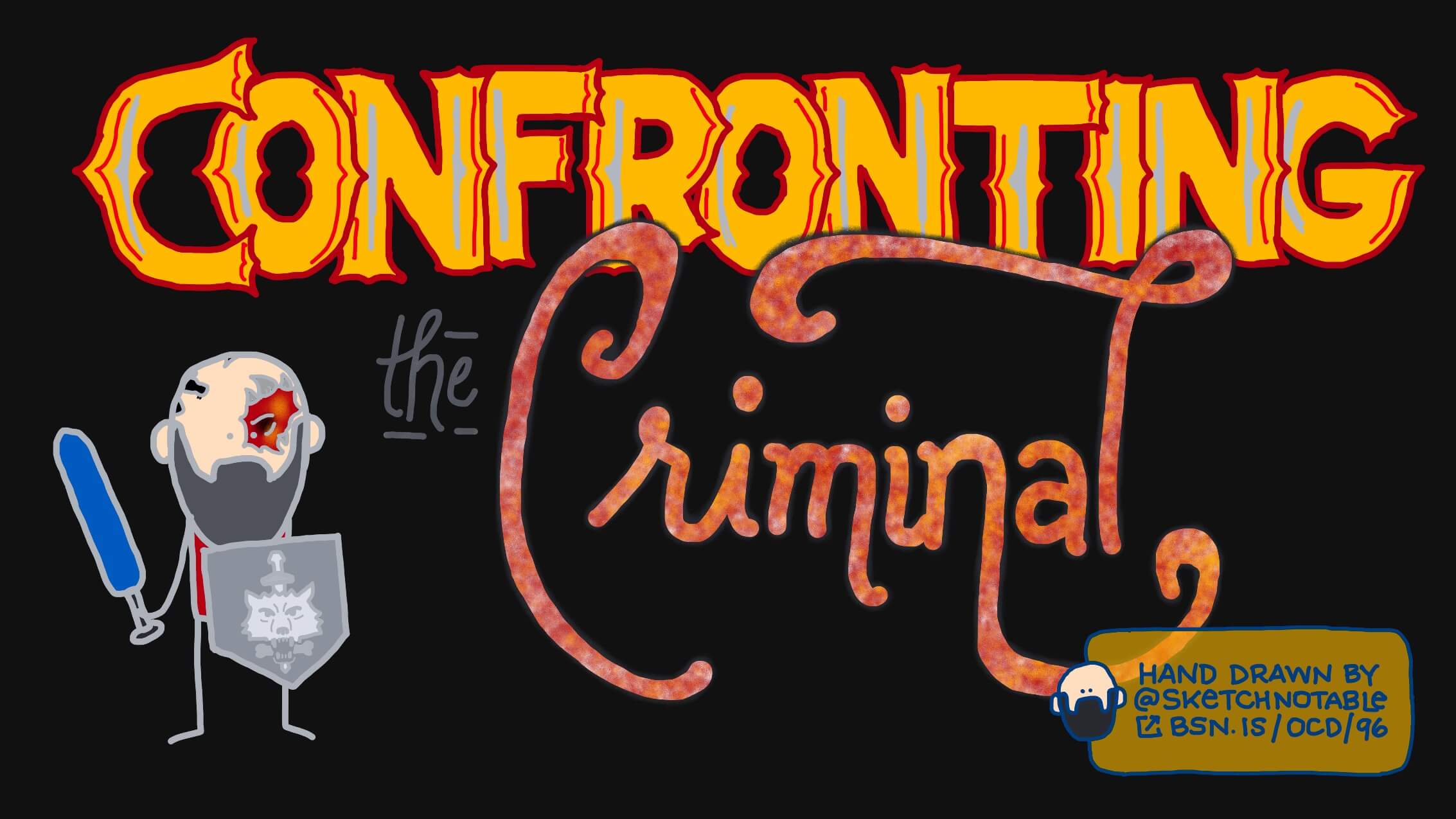 This past week, I had another experience where OCD showed up in a positive way for me. The nice thing was that it was not only good for my mental health to recognize a positive application of my tendencies. It was also good for my business, BSN Design.

One of my existing clients reached out to me on Tuesday and let me know that he had another contract opportunity for me. Someone had reached out to him in a bind. They had been working with a contractor on a rebrand, but hadn’t heard from her for a few days and had an urgent need. A new partnership was going to be announced the coming Thursday instead of a week later. But since they were in the middle of a rebrand, the announcement was going to be for the new company name.

They needed someone to finish the design of the rebrand and build an entire website in two days. Someone who had the skills and experience to do design and development work. Someone who could dedicate time on short notice. Someone capable of focusing intently on a project to make it happen quickly.

They needed me. And it felt great.

I was thrilled that I have been practicing flexibility so I could adjust my plans at the last minute to accommodate a major change and disruption to my expectations. My wife and kids were excited for me and willing to have me work extra for a couple days.

So I went home for dinner on Tuesday, and then went back to my office and worked another full day on the website. I slept at my office, and got up and worked a regular day on it Wednesday. And then I stayed and worked another extra day Wednesday evening. The client was hoping to have at least a home page, and ideally a few of the sub pages complete. I was so satisfied to be able to deliver all 8 pages they were hoping to get done eventually.

I was thrilled that my ability to obsess over a project allowed me to get a lot done in a short time. And even better was that the result was helpful for someone else. This time, it wasn’t just satisfying the capricious demands of my mental overlord. I was in command, and was using my powers for good.

There was one particular moment when I realized OCD was something of a superpower in this context. The client was showing me the work of the previous designer and the agency that had done their rebrand. I noticed myself getting stuck on details in an all-too-familiar way. I caught myself and told him that I recognized OCD was latching on to things and we could move forward.

But after reflecting for a minute, I realized that it was actually positive to notice the level of details that were so glaring to me. When I told the story to my therapist, she asked if having OCD is required for someone to do a good job. (Yes, she shares my diagnosis.)

After that moment of recognition and reflection, I gave free rein to OCD for a bit. Any little things that jumped out I allowed to bother me, at least enough to evaluate and decide if they needed to be addressed.

I spend so much time trying to quell my constant instincts that it was a relief to stop resisting.

There were a few moments as I was working that I had to stop myself and consciously decide to move on. It’s so easy to get stuck on small things that don’t really matter. Especially if my guard is already down and I’m not actively resisting OCD.

In the end, I was able to quickly and thoroughly complete the project and deliver a working website. I needed some recovery time, but the exhaustion was mingled with satisfaction.

This experience illustrated for me again the truth that practically nothing is completely black or white. Bad or good. My OCD tendencies are often undesirable, but there are times when they are exactly what I need.

So much of my recovery work in dealing with OCD is getting to know it better. My therapist describes it as something of an octopus-like monster. At the beginning, I am afraid of it, and will feel it smothering and strangling me.

The goal is to make friends with the monster. Eventually, I want to get to the point where I can see it coming, and just invite it over and share a drink with it.

I have glimpses of what this will be like. Moments like this are helpful to see that it’s not all bad. It brings some good to the table as well.

Over the next week, the challenge that I issue myself (and you if you’ll accept) is to look for moments of positivity. When are my tendencies exactly what I need? When can I take advantage of my inclination and lean into it?

We spend so much time fighting against the parts of ourselves that we are not happy with instead of investigating what benefits they could offer. Take some time to sit with the thoughts that come that you would typically push away. Try and understand them better and see how they might help.

This requires a level of compassion that we often reserve only for others. We can step back from ourselves, and with a little distance, extend exactly the grace that we need to accept ourselves just as we are. Let’s give it a try.

🎉
You subscribed with [email] on [date]. Thanks for joining me!
END_OF_DOCUMENT_TOKEN_TO_BE_REPLACED