In this momentous update, I share a low point forgetting a commitment, a reminder that I really do have OCD, and reflections on these weekly updates.

I play the piano. Not particularly well—I’m no concert pianist, and I haven’t practiced much for years. But I play well enough to accompany people singing. I’ve played for choirs and church groups regularly for over twenty years.

Last week, I was asked to accompany a group of young men singing in a church meeting. I agreed, and participated in a couple rehearsals. I had prepared the music on my iPad and marked everything up so I was ready to combine the two songs of their medley. I felt ready.

The meeting in which they were to sing was Sunday morning at 7:00. That morning, at 7:40, my wife came in and woke me up, having just remembered that I was supposed to have been there. I had turned off my alarm and went back to sleep, thinking that I finally had a chance to sleep in.

I rushed to the church meeting, just in case they were singing at the end. I texted the man who had asked for my help, and he kindly thanked me for helping the young men prepare, and assured me it was fine that I hadn’t showed up. “It’s alright. These things happen.” I asked him how it had gone.

Haha. A bit rough to be honest.

I felt awful. And also a little numb. It was as if the feelings were so strong that I was afraid to let myself feel them, and initially I felt nothing. I knew that part of me felt terrible, but I wasn’t letting it through yet.

When I got home, I told my wife I needed some time up in my room. I did some free writing for a bit. It was rough.

As I wrote, I finally allowed myself to feel and start to process the emotions that were bubbling up inside of me.

At one point, the feelings overwhelmed me, and all I could do was scribble. I could feel the poison releasing and flowing out through my arm into the pen and onto the page. 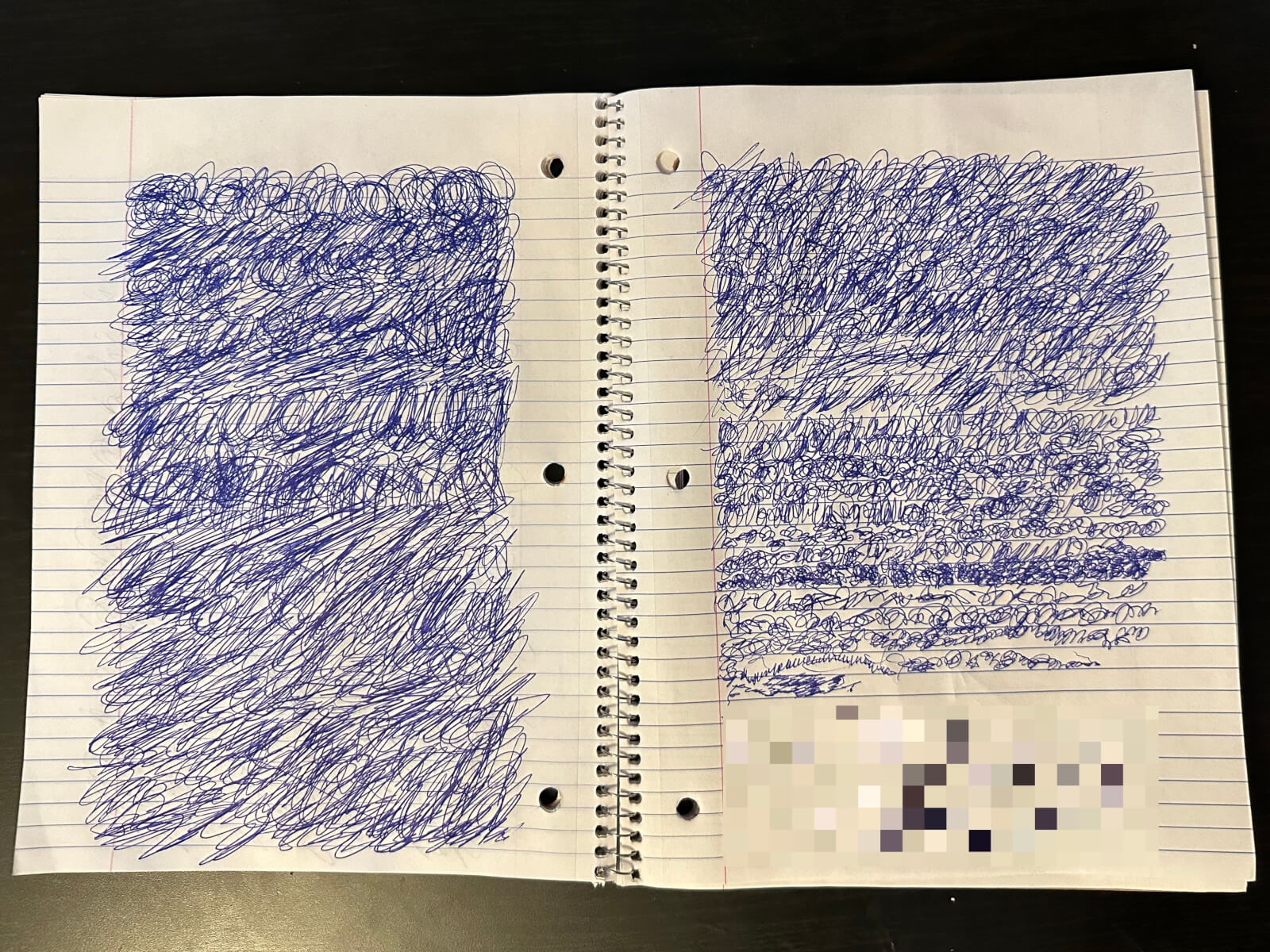 Finally, I collapsed exhausted into my chair and slept for a bit.

This was similar to an experience I wrote about in update #12: A slight breakdown. 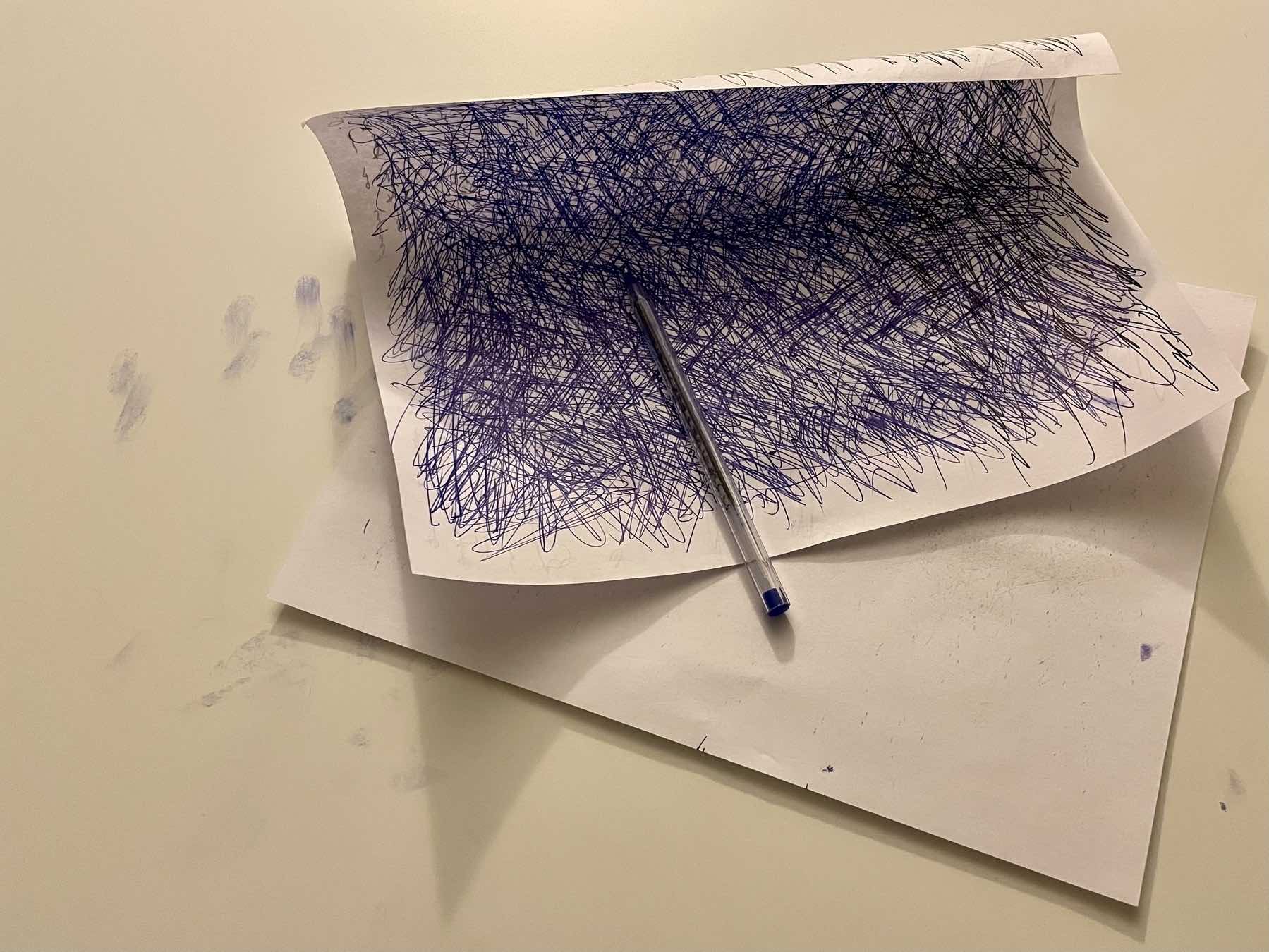 After sleeping for a few minutes, I asked my wife if she could get me some breakfast, and she suggested I come downstairs and eat. That was just what I needed. Changing scenes allowed me to realize that as bad as things felt, they were not going to last forever.

I did make a request that my wife hide all of my old medication. The temptation was strongest to take some pain pills from my last surgery and hope to slip into some sort of oblivion and feel nothing. But I also knew that’s not what I really wanted, and was able to resist.

While the rest of the day was not easy, I was able to move through it and do most of what I wanted to do. I still needed some breaks, particularly in the evening, but I was functional. I had made it through.

In my therapy session last week, I confessed that I had been having doubts as to whether I really have OCD. As I listen to stories of other people describe their obsessions and compulsions, the thought that replayed in my mind over and over was that I don’t have anything that bad.

As I told my therapist this, she burst out laughing. “Only with severe OCD would you even be thinking and wondering about whether you have it or not. Otherwise, you would easily dismiss it and move on.”

She reminded me that one of the hallmarks of OCD is that it is like a substance addiction—it works until it doesn’t.

With my OCD, my life is crippled by all of the rules that my brain has. But part of why it was able to go unchecked and undiagnosed for so long is that my coping mechanism to handle the anxiety and distress that came up in my life was to follow my rules even more tightly. And since I was living in a situation in which rules were valued, even glorified, I could fly under the radar for a long time.

Let me just say from a professional perspective, you absolutely have OCD. You have severe OCD.

I thought back to when I was going through my intensive outpatient program at The OCD & Anxiety Treatment Center. It was pretty common for people in my group to talk about becoming obsessed with whether they have OCD or not.

Part of mental illness is that your mind lies to you. Actually, that is just part of life, but it is certainly exaggerated with mental illness.

One of the ways that your mind lies is saying that you don’t have a mental illness. You don’t need help. You are just looking for attention. You will just waste other people’s time if you try to get help. Stop whining and suck it up.

Every once in a while, it is helpful to have some truth shoved through the lies and remember that this is a real thing that I’m struggling with. It’s ok to have needs. It’s ok to ask for help.

I deserve to feel happy. And so do you!

This update marks a milestone. 100 weekly updates. You can view all of them here:

I started writing these updates just over two years ago. In my first update, I explained my intentions:

As I was out on an early morning walk this last week, the thought came to me to start trying to write a simple update on a regular basis. I have struggled to post as frequently as I would like to on this site, and would like to build that habit. One technique I have used successfully in other areas of my life is to add some structure that I then just have to fill in. This will be a new experiment for me, and I hope that you enjoy it.

In each update, I plan to include three sections: something hard, something good, and something else. The focus will continue to be on mental health and the workplace, and I will be sharing personal stories and experiences to illustrate the realities of living with a mental health condition. For more details on my journey of discovering and coping with OCD, you can check out my story.

Over these two years, I have skipped a few weeks here and there, but have posted nearly every week. It has been a great exercise for me in developing consistency without being obsessive.

One thing I have enjoyed for the past year or so is drawing an image to accompany each update. You can see a thumbnail of each image, which links to the article:

I thought I would share a few of my favorites from all of the updates. Some of those have been updates in which I discovered something by writing, and was then able to make improvements in my life.

Just a few weeks ago, I realized that I needed to make changes when I wrote about tracking my mood in update #95: Experimenting with discomfort. 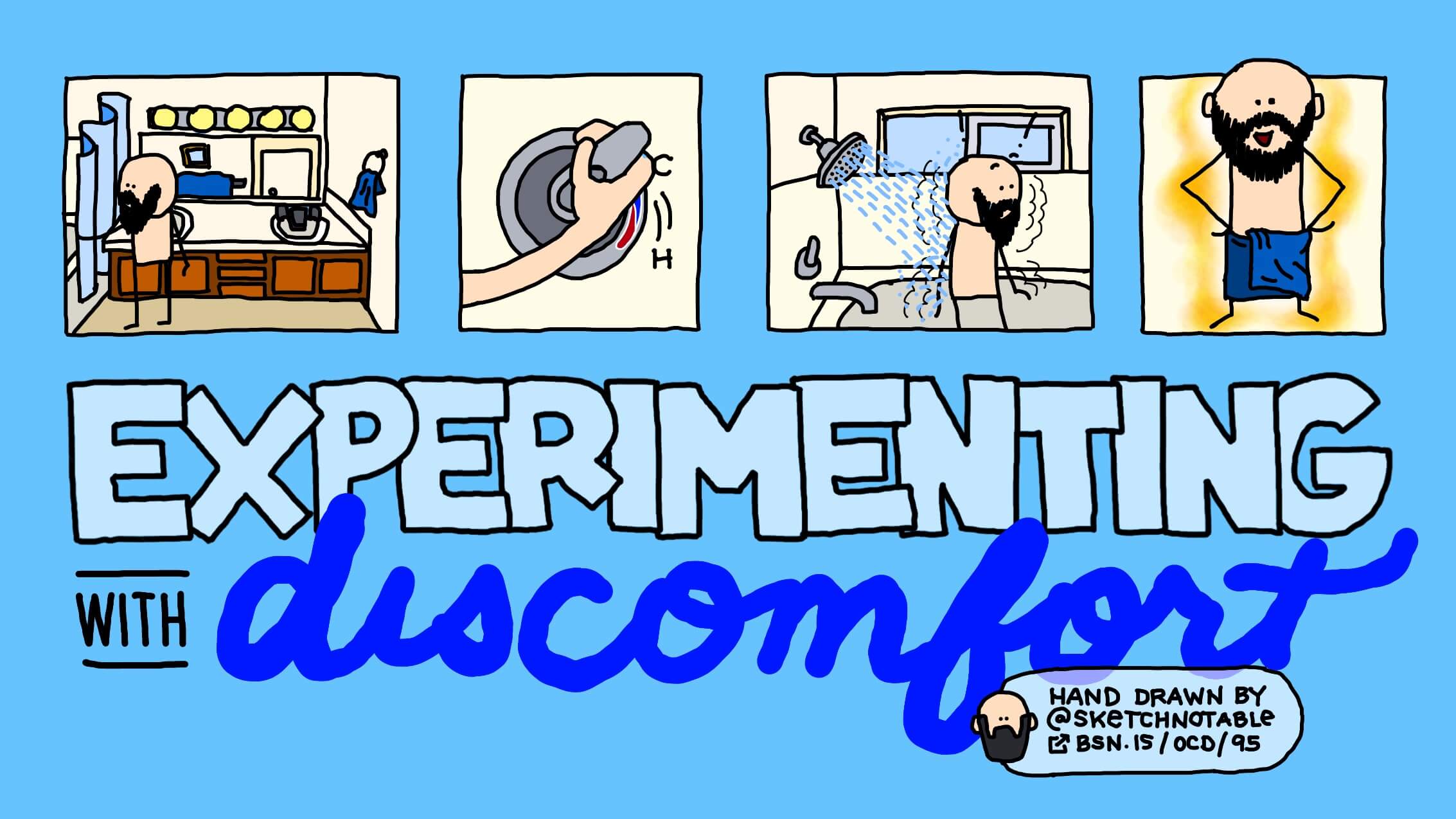 Earlier this year, I realized that my morning routine had morphed into a compulsion. I wrote about the pain of confronting that in update #72: Losing my routine. 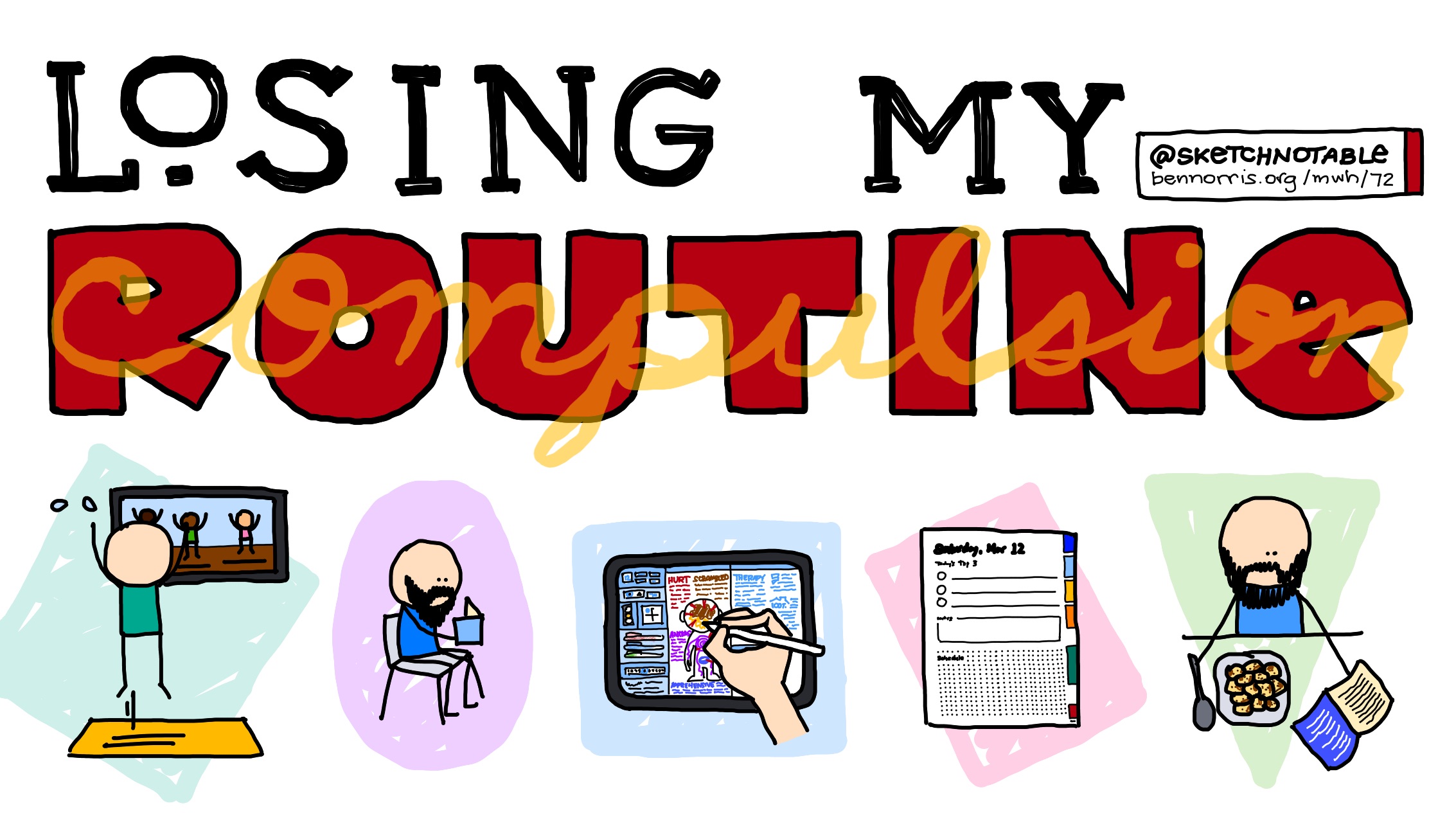 One experience has stuck with me whenever I see someone else suffering. In update #60: I feel calm, I shared the story of my wife trying to comfort our youngest son, and saying to him:

This is really hard for you. I feel calm. You can come be by me. 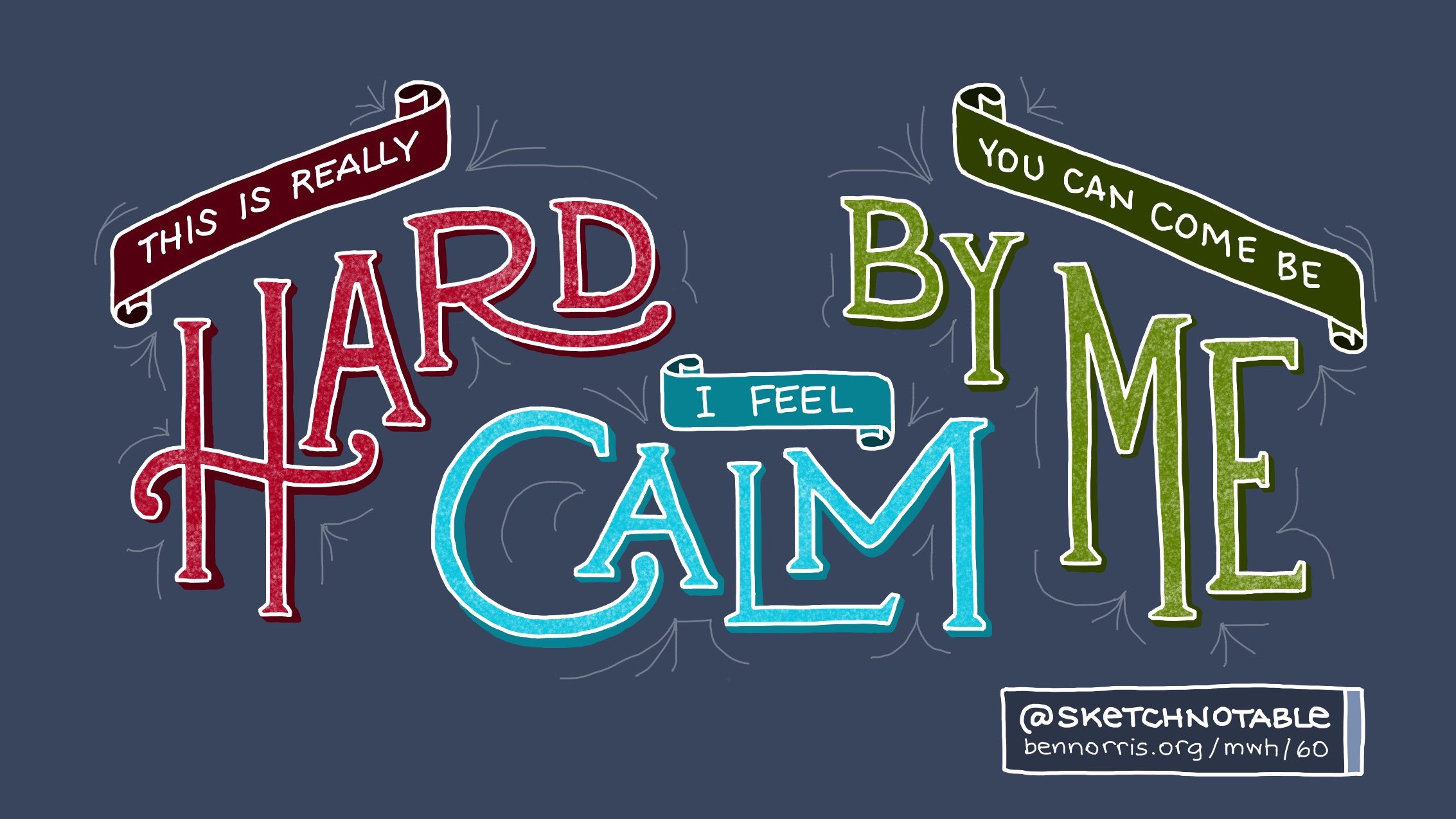 Last year, I became obsessed with reading Marvel comics. Similar to my morning routine, it was a good reminder of how something can start out innocent and even helpful, but then morph into a problem. I wrote about that in update #58: Civil War. 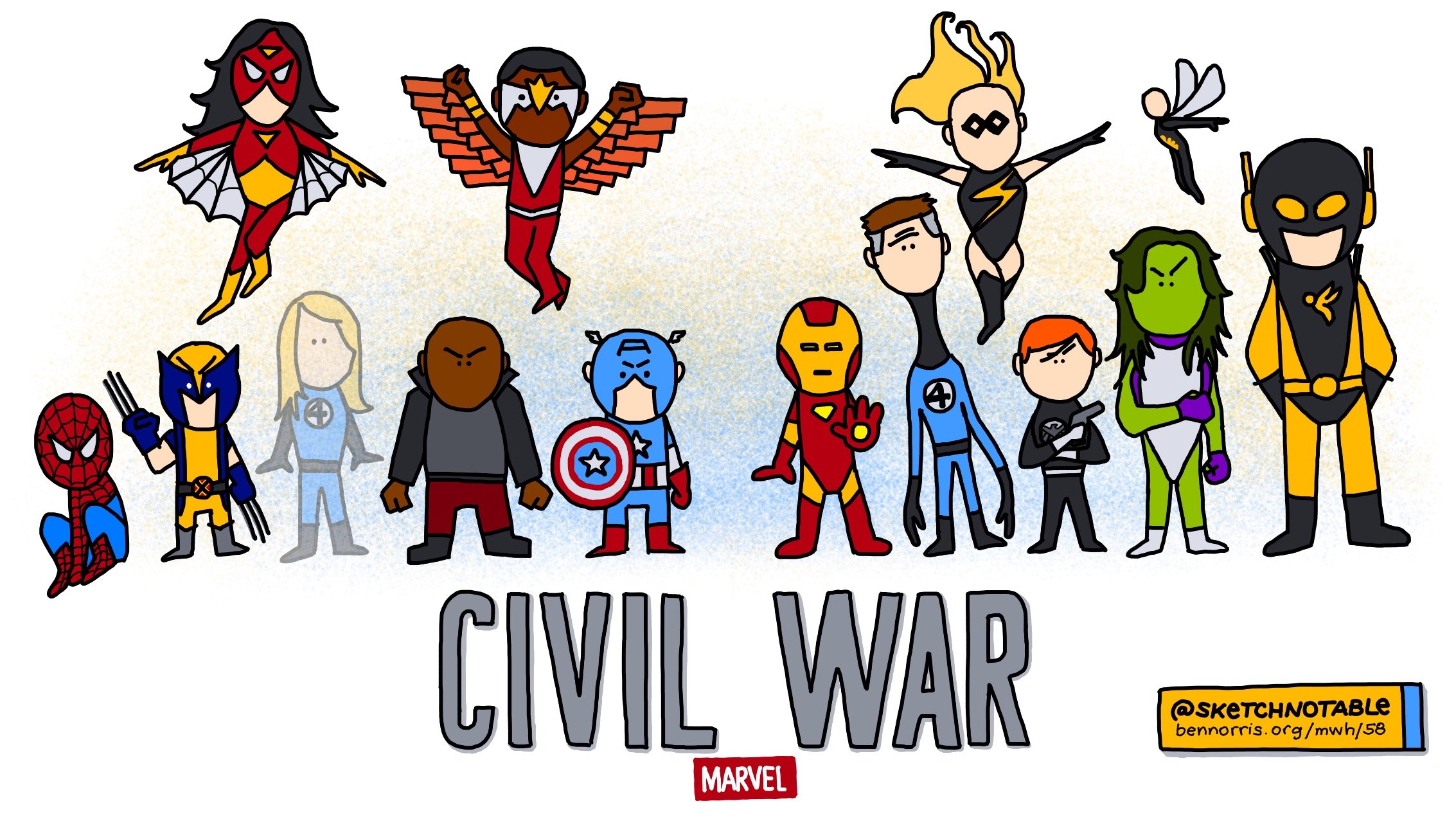 There are so many others that have helped me, but the last one I want to mention is update #51: A piece of peace pizza. One of the biggest ways in which I have grown through my recovery process is the ability to feel multiple emotions at once. This was a great reminder of what that can look like and how to move forward. 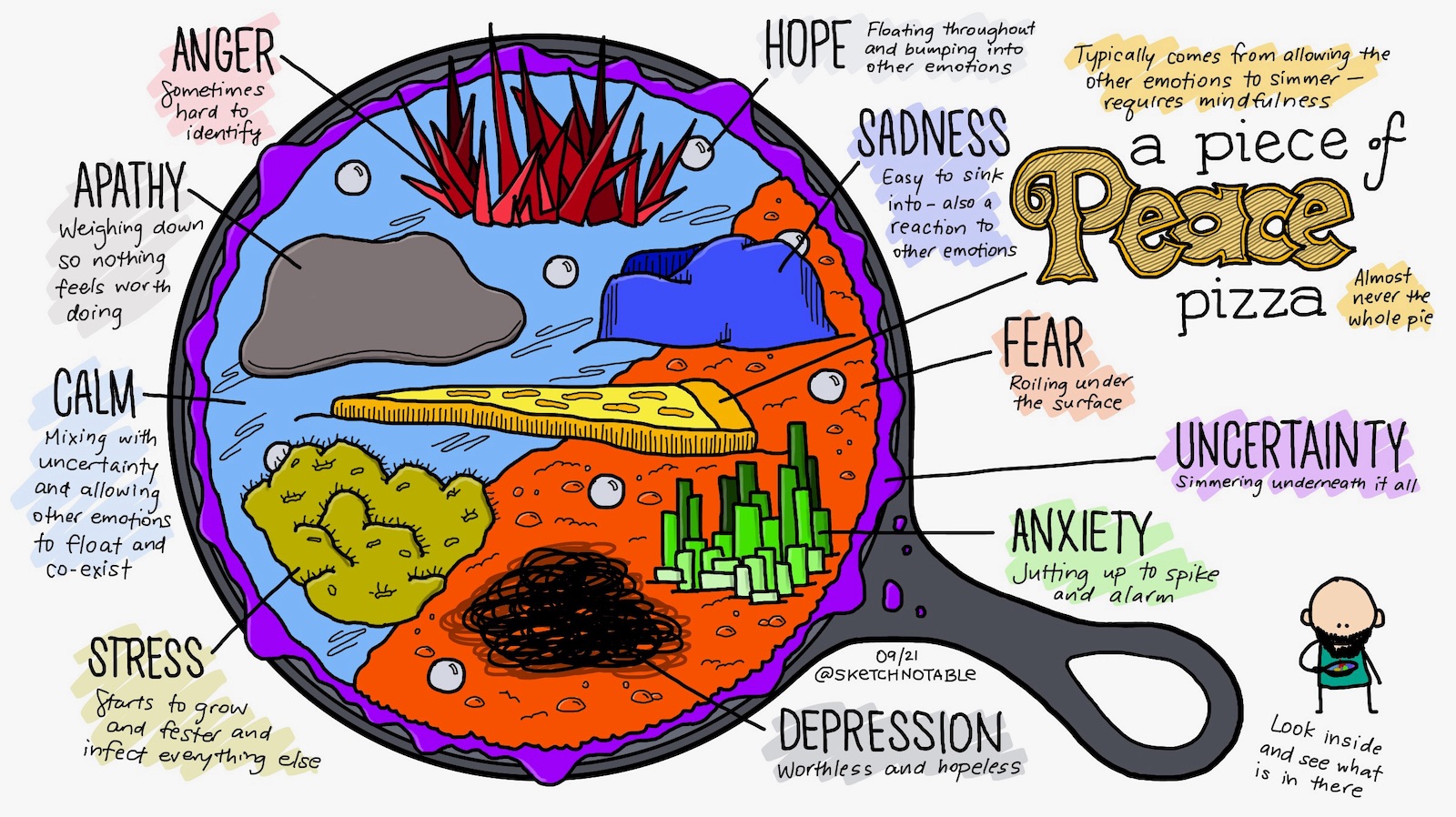 One huge delight has been hearing from readers who have been helped, encouraged, or supported through my sharing of personal experiences.

But the biggest benefit has been my own processing from taking the time to write and reflect on my experiences.

So while I genuinely hope that these updates will be helpful to someone, I will continue to write them because they help me.

It’s hard to believe that I have already hit 100 updates. It feels like just a couple weeks ago that I was starting this series. And at the same time, it feels like I have always been writing these. Time is a funny thing.

What milestone have you hit recently? Some are obvious, with a gloriously round number to commemorate the occasion. Others require more thought to identify. All deserve some celebration.

As we move through this life, it’s to easy to slip into becoming a direct object instead of a subject. We let life happen to us rather that being agents of action.

Pausing to recognize our accomplishments, however small, can help remind us that we are the main characters in our story. We have the power to change. Small steps over time become significant.

🎉
You subscribed with [email] on [date]. Thanks for joining me!
END_OF_DOCUMENT_TOKEN_TO_BE_REPLACED