As a father, one of the hardest things for me is seeing my children suffer, particularly when it’s with distress that feels all too common. OCD, and mental illness in general, has a strong genetic component, so I am not surprised when I see some of my traits showing up in my kids.

On Saturday, I had the chance to take some of my kids downtown in Salt Lake City, to Temple Square for a special event. The local chapter of the American Guild of Organists had organized an annual activity called Pedals, Pipes, and Pizza, to give children exposure to playing the organ.

I was hoping to take three of my kids, but the morning off, one of the kids couldn’t get going. The distress levels were too high. It was too early in the morning, and required changing into church clothes, and we were going to be gone too long. So that child stayed home. Chalk up a win for OCD.

When the rest of us got there, we got to start in the historic Tabernacle and learn about the organ in there. It is one of the largest in the world, with 11,623 pipes. 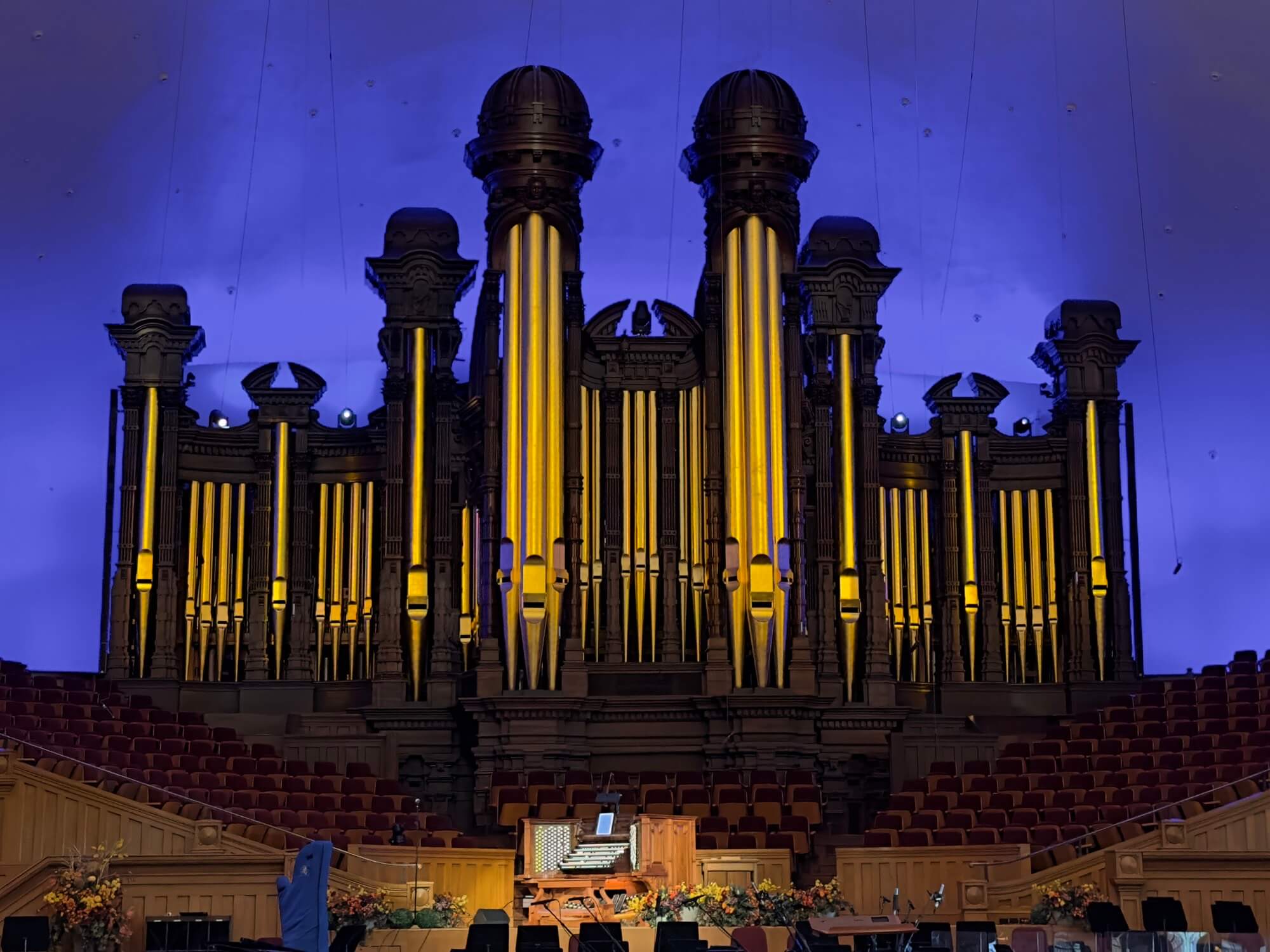 Over the rest of the morning, we had the chance to see, and even play practice organs in the basement of the Assembly Hall, as well as the main performance organ there, and also the magnificent organ in the Conference Center.

We discovered that the main point of the activity was to give the children a chance to play a piece on each of the organs. One of my children never would play, because other people were present and would hear. Score another for OCD.

But the third child was our victory story. That child also refused at first to play, but when I pulled up sheet music of “Silent Night” on my iPad, and annotated it with all the notes, she agreed to at least try. After playing a few measures in the Conference Center, she looked up at me and asked if she could be done. At the last organ we visited, after adding annotations of all the fingerings to the music, she played the whole piece. She was so proud of herself.

Both kids that went had a great experience. It was a good reminder for me that even if OCD intrudes in life and takes away some experiences, we can still succeed overall.

🎉
You subscribed with [email] on [date]. Thanks for joining me!
END_OF_DOCUMENT_TOKEN_TO_BE_REPLACED